The Bureau arrived in New Zealand to locate Baxter Fraser. Presuming he was hiding there, Carmen and the player searched the “The Ringed Lord” film set where they found the body of fantasy film director Jackson Peters with a severe head trauma.

The team successfully found Baxter hiding from SOMBRA in a rugby bar. During the investigation, Angela revealed that Jackson was killed in the Rotorua geyser rather than at the movie set. Later, Baxter went on a rampage and wrecked the set, trying to destroy the photographs the victim took of him that proved he was in New Zealand. Despite the circumstances, the team managed to incriminate rugby player Jermaine Waaka as Jackson’s killer.

After denying involvement, Jermaine admitted he killed Jackson. Jackson had filmed him taking steroids and used the footage to blackmail him into staying in the movie. Afraid of losing his career as a sportsman if the footage was leaked, Jermaine bashed Jackson’s head with a maripi. Judge Adaku sentenced him to 25 years in jail.

Post-trial, an agitated Baxter told the team that SOMBRA was involved in the production of “The Ringed Lord”. He also claimed the organization was spying on him. Elliot volunteered to take him to the geyser to help him overcome his trauma. There, they found a radio transmitter. Baxter, emotionally disturbed, stayed in the lab while Elliot tracked its signal to the rugby bar, where he and the player found a hidden microphone. When they took it to Baxter to destroy it, Baxter panicked and fled.

Meanwhile, Jack and the player (disguised as movie elves) headed to the set and interrogated Brett Darby. Brett mentioned that young actors went missing and claimed to have spotted a blue man prowling around the set. Believing that man was Marshall Metcalf, the team investigated the area. They found a prop book which (per Dupont’s analysis) revealed that Bronwyn Peters, the victim’s wife, received a big sum of money in an account separate from the film's budget.

Later, Elliot received another message from X, which told that one of SOMBRA’s recruits was spotted at the harbor of Sydney, Australia. The Bureau took a plane to Sydney to follow their new lead.

Brett Darby
Add a photo to this gallery 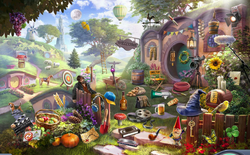 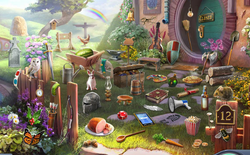 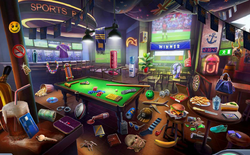 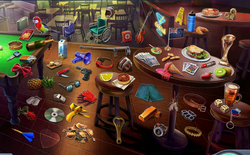 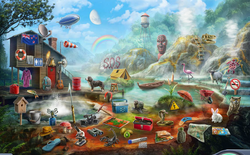 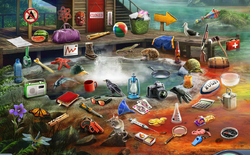 Hot Pool
Add a photo to this gallery

Retrieved from "https://criminalcasegame.fandom.com/wiki/Speak,_Friend,_and_Die?oldid=409088"
Community content is available under CC-BY-SA unless otherwise noted.