Solomon Grimmes, acting as a minor character in Criminal Case, appeared in multiple flashbacks during the events of Burying the Hatchet (Case #53 of Grimsborough).

Solomon was a Pilgrim man who lived in the 1600s as a stranded pilgrim struggling to survive in the new world's bitter cold in what would become present-day Grimsborough. He used to wear a dark Pilgrim suit with a dark Pilgrim hat.

Per his descendant Milton Grimmes, Solomon was liable for the rise of the Crimson Order, a notorious secret society which he led at one point in time.

During the murder investigation of Solomon's descendant Sandy Grimmes, Jones and the player consulted Anakee to investigate a crime scene in the past, particularly the Aloki Village as it was in 1643. After Anakee's shamanic ritual, a faded journal caught the attention of the team, but Jones was curious as to two things: why the journal was written in English and what it was doing in the Aloki Village in 1643. The team discovered that the journal used to belong to Solomon Grimmes, and was wondering as to why a Pilgrim was wandering around in Aloki Territory. Solomon stated that the pilgrims faced months, even days of hardship and as a result, many pilgrims died of the brutal winter cold. Solomon was fortunate enough to be rescued by the Aloki tribe and declared that the pilgrims would have a place in the new world.

When the team found a knife once belonging to Solomon, the team consulted Anakee once again and she told them following the day the Aloki nursed the Pilgrims back to health--Solomon sworn his undying love to Inaya and carved the names of himself and Inaya to the right wing of a sacred Aloki totum pole, declaring two different people from two different worlds as one--but at a price: Inaya was supposed to marry Keme Peota although Keme had to respect Inaya's wishes to marry Solomon, but Keme swore if his descendants ever met the descendants of Solomon, then his loss of Inaya must be avenged through the form of fatal hand removal--something which the team deduced was linked to the murder of Sandy Grimmes, causing the Aloki Settlement to be shrouded in darkness and violence for the years to come.

The team interrogated Solomon's descendant Milton during the murder investigation of Tess Goodwin, only to find out that a rope that was used to tie Mary Goodwin was well-preserved. Milton told the team that Solomon was present at Mary's execution as a judge, and Solomon would continue to serve as judge until he died. Milton did not like the team questioning his work habits so the team had to watch what they were saying before Milton.

The truth behind the unity of Solomon and Inaya was revealed when Milton was arrested for the murder of Delsin Peota and was subsequently unmasked as the current leader of the Crimson Order. Solomon knew that the Aloki had a gold mine that would financially benefit the Crimson Order for many decades and centuries. So Solomon seduced Inaya and invited the Pilgrims and the Aloki to the Pilgrim Feast of 1643 (which was a feast to celebrate the marriage of Solomon and Inaya) and as the feast was about to ensue, Solomon started to murder Inaya the same way Milton slew Delsin in the team's present. As the Aloki attempted to intervene, the Crimson Order came to Solomon's aid and offed the Aloki involved in the feast, alas Solomon helped the Crimson Order out by giving the Crimson Order a secret gold mine they could call home for the next four centuries, securing the Order's finances and becoming an important figure of the Order. Although Solomon was thoughtful of having to do what the Crimson Order told him to do, in reality Solomon plotted the Aloki's downfall to advance the Order's agenda. The Grimmes family would lead the Crimson Order for centuries to come, burying the slain Aloki at the construction site at the woods in present-day Grimsborough.

The team placed an end to the Crimson Order once Milton was determined guilty of wanton counts of murder and conspiracy charges. 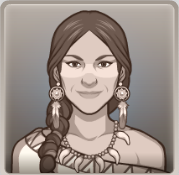 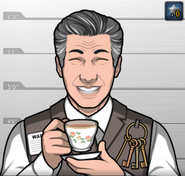 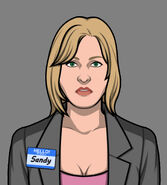 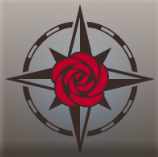 The Crimson Order, Solomon's secret society.
Add a photo to this gallery

Retrieved from "https://criminalcasegame.fandom.com/wiki/Solomon_Grimmes?oldid=414290"
Community content is available under CC-BY-SA unless otherwise noted.