Snakes on the Stage is a case featured in Criminal Case, appearing as the fiftieth case of the game as well as the city of Grimsborough. It takes place in Maple Heights, a district based in Grimsborough.

The victim was Roland Vane, the Opera director in charge of the play, "Madama Serpent", who was eaten by a huge snake, known as a giant boa. The killer turned out to be Annabel Stewart, an understudy at the Opera, but before the player had enough evidence to prove Annabel's guilt, Chief King took note about Adam Bentley being caught in David Jones and the player's investigation the third time upon realizing the team talking to Adam for the first time during this investigation, and instructed the team to keep a good eye on Adam at all costs.

Annabel thought that Roland gave Beatrice Vane (his wife) the lead role for "Madama Serpent" in an act of nepotism, as although Annabel thought she had the role but when Roland moved to Grimsborough and became director of "Madama Serpent", he fired Gerald Riverton and gave the role to Beatrice instead in spite of Annabel working so hard day and night. Annabel thought the only solution to Roland's suspected nepotism was to kill him and have a new director for "Madama Serpent". The only way Annabel would kill Roland undetected was to put sleeping pills in his tea, break the cage of the giant boa, and then trap both Roland and the giant boa in the dressing room, lock the door from the outside, and flow out of the crime scene, but at the cost of losing her key and one of her jewels. Jones countered that Annabel should have talked to Roland instead of killing him, but Annabel had no patience in Roland, which explained why she made the fatal decision.

In court, Annabel felt that her career had to end because of her killing Roland, but Judge Hall countered that killing an innocent man to build such opera career was not the solution to stop such nepotism, as Annabel snapped that Beatrice was not talented at all.

Annabel was then sentenced to 20 years in jail, with parole eligibility in 17 years for the murder of Roland Vane. Jones felt that Annabel's ambition and impatience drove her to murder Roland, and realized that the force was bound to run into people like Annabel in the line of duty.

Following the close of the case, Chief King told Jones and the player to be alert during Election Day as he would not tolerate any crime under any circumstances, since many people were going to support their candidate and protection was the utmost importance. Before leaving to make preparations, the Chief told the team that he would personally act as the Mayor's security during Election Day.

Annabel Stewart
Add a photo to this gallery 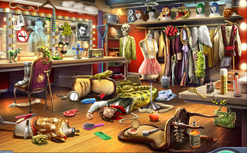 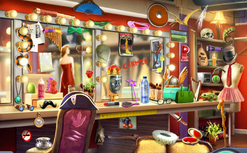 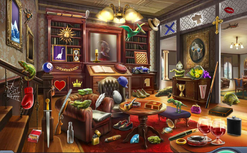 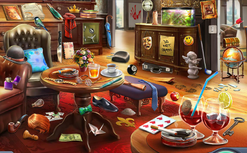 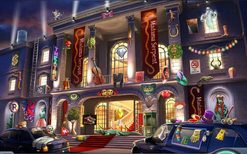 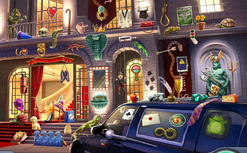 Entrance Steps
Add a photo to this gallery

Retrieved from "https://criminalcasegame.fandom.com/wiki/Snakes_on_the_Stage?oldid=399899"
Community content is available under CC-BY-SA unless otherwise noted.