David Jones (All Chapters)
Gloria Hayes (Old Friends, New Beginnings 1)
Snake in the Grass is a case featured in Criminal Case as the first case of The Conspiracy (Season 5) and the two-hundred thirty-second case overall. It takes place in the Fairview district of Grimsborough.

One year prior, something fell from the sky into the Grimsborough forest. In the present, the player reunited with Jones in the Grimsborough Police Department headquarters. He said that there were a few changes to the department and to the city, but hoped the player still liked it. Jones then asked Chief Parker for permission to take the player to the zoo (where Nathan, the former coroner, was working as a veterinarian) while it was still early in the day. There, they found Nathan tied up and dead, covered in snake bites.

Mid-investigation, the Eastern coral snake that was used to kill Nathan slithered onto Jones before the player grabbed the snake away from him. Later, Ramirez—now a consultant for the department—showed up while Jones and the player were talking at the zoo. The team eventually found enough evidence to arrest Kit Partridge, a frequenter of the zoo, for the murder.

Upon admitting to the murder, Kit stated that his son, Zachary, became a suspect in a drug bust when he and Nathan were still coroners ten years prior. He had asked Nathan to doctor the evidence to relieve Zachary of suspicion. However, Nathan had refused to sacrifice his ethical code, leading to Zachary's arrest. Still holding a grudge against Nathan, Kit saw him working at the zoo in the present day. He then studied Nathan's routine daily before the day of the murder, when he stole an Eastern coral snake from the terrarium and coaxed it to kill Nathan. Judge Powell sentenced Kit to 27 years in prison.

Post-trial, the player met up with their second partner, Gloria Hayes, who was also on her first day in the police force. She asked the player if they could accompany her in finding a birthday gift for her son Carter in the zoo shop. In the shop, the player found a DVD of CCN's "Grimsborough: A Year in Review". From the DVD, Gloria and the player found out that a satellite had crashed into Grimsborough a year ago, but fortunately, nobody was harmed. Jones then elaborated, saying that a commercial satellite suffered a technical difficulty and crashed into the empty forest. He also said that people had mostly forgotten about it.

Meanwhile, Jones and the player arrested zoo owner Jackson Peacock after finding proof of him selling baby pandas with help from zookeeper Vince Moon and zoo consultant Harper Stone. While investigating, they also found out from Nathan's diary that a recent shipment of amlodipine, a high blood pressure medication, had gone missing. After all the events, the department decided to celebrate Kit's and Jackson's arrests while promising to look out for the shipment of amlodipine.

Kit Partridge
Add a photo to this gallery 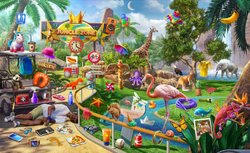 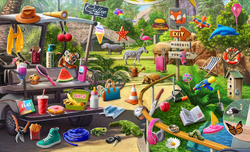 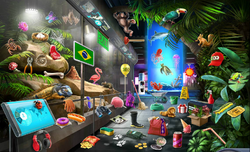 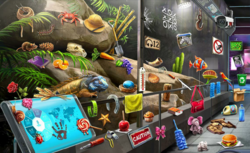 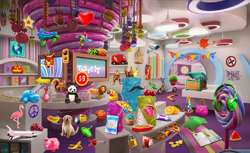 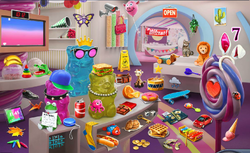 Display Stand
Add a photo to this gallery

Retrieved from "https://criminalcasegame.fandom.com/wiki/Snake_in_the_Grass?oldid=547989"
Community content is available under CC-BY-SA unless otherwise noted.