Slayer's End is a case featured in Criminal Case as the twenty-fourth case of Mysteries of the Past (Season 4) and the one-hundred ninety-fifth case overall. It is the final case to take place in the Sinner's End district of Concordia.

Maddie and the player went to the opium den to arrest Fiona Flanagan, who had just been unveiled as The Scarlet Slayer, only to have escaped from custody. There, they found her strangled to death.

During the investigation, Constable Ramirez had found the train car serving as the Slayer's hideout. Judge Lawson was then proven to have met up with Fiona, forcing the Flying Squad to flag him as a suspect. Later, Maddie arrested both Finley Flanagan and Vittorio Capecchi after the two shot each other. The team then found enough evidence to arrest Finley for his sister's murder.

After accidentally confessing to the murder, Finley said that he had taken care of his sister despite her bouts of criminal insanity. However, he could not help her when she started killing prostitutes. After she escaped custody and went to the opium den, she madly lashed out at Finley. Figuring out that Fiona was too far gone, he strangled her with a curtain rope out of mercy. In court, Judge Takakura took on the trial due to Judge Lawson's personal involvement in the case. He sentenced Finley to 25 years in Stonewall Prison.

After the trial, Finley asked Katherine Woolf and the player to help him relocate out of Stonewall because the Italian gang was running the prison. He told them to go to his office for proof, where they found an Irish inmate's call for help to Finley from the prison. After Vittorio refused to talk about Stonewall, the two searched the Flanagans' office again. There, they found a court document dismissing a case regarding the Italians' influence on the prison. Takakura said that the prosecution did not have enough evidence, but he speculated that Vittorio had paid the police to hide the evidence.

Meanwhile, Isaac and the player gave Marla de Paradis the Moulin Rose's key so she could buy the cabaret with the inheritance she got from her deceased fiancé. Later, Chief Wright then said that Finley was to remain in the Squad's holding cell until they made sure that there was no Italian influence in the prison. The Squad then went to Coyote Gorge to investigate Stonewall Prison.

Judge Lawson
Add a photo to this gallery

Judge Takakura
Add a photo to this gallery 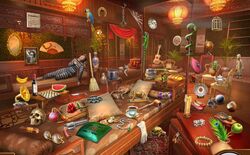 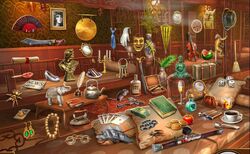 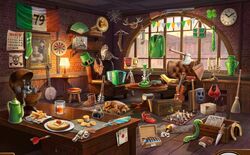 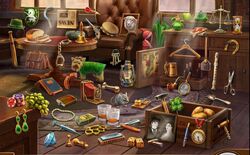 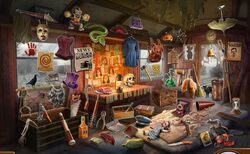 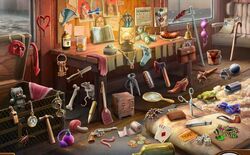 Hideout Corner
Add a photo to this gallery

Retrieved from "https://criminalcasegame.fandom.com/wiki/Slayer%27s_End?oldid=527961"
Community content is available under CC-BY-SA unless otherwise noted.