Six Feet Down Under

Carmen Martinez (All Chapters)
Marina Romanova (The Next Level 5)

Previously, X had informed The Bureau that a SOMBRA recruit was in Sydney. Chief Ripley told Carmen and the player to look out for SOMBRA in the Australia Shines Gala in the Sydney Opera House. There, Veronica Salter told the cops that she and her boss, Rufus Murlock, had been shot, with the latter being dead.

During the investigation, treasure hunter Brice LeBeau was arrested for trespassing on the victim's property to gain access to a shipwreck within it. Elliot found out that the ship sank thirty years prior. Later, X told him that the ship belonged to SOMBRA. With Australia seeking justice for Rufus's murder, the team arrested Veronica.

During the arrest, Veronica revealed she was a SOMBRA recruit. She said that she was in Australia for months awaiting SOMBRA's orders. When the order to kill Rufus came, she shot Rufus six times with a pistol and then shot herself in the arm to avoid suspicion. Refusing to say anything else, Veronica was tried and sentenced by Judge Adaku to 35 years in prison. With the arrest, the team deduced that SOMBRA was genetically enhancing their recruits and sending them around the world as assassins.

Post-trial, Carmen and the player interrogated Michelle Zuria, the lawyer they met in Singapore, because she had tried to blow up the SOMBRA ship earlier. Michelle refused to say anything helpful before bailing herself out. Taking her statement literally, the cops found a safe in the shipwreck that contained faded SOMBRA documents. Per Lars, Rufus had touched the document, meaning that he was a SOMBRA agent on the ship when it sank.

Meanwhile, Marina and the player searched the opera house for something to help them before interrogating Veronica in prison. They found her rosary which Elliot used to find out that Veronica was actually a Slovakian orphan named Katherine Votjka. Veronica said that she was abused in the orphanage and SOMBRA made her strong, fearless, and powerful after she escaped; hence, she refused to break her allegiance to SOMBRA.

The team reconvened and concluded Rufus's past was the essential lead. Knowing Rufus had done drag shows in the outback to hide from SOMBRA, Carmen and the player interrogated his companion, drag queen Chockas D.Lux. Chockas drove them to the spot where he had dug up Rufus's briefcase of fake passports when he left for Sydney. In the briefcase, they found a SOMBRA map detailing a mysterious island in the Indian Ocean, marked "The Next Level". The map also showed that the program had been going on for at least thirty years already. The Bureau traveled to the SOMBRA base to stop the organization from training assassins once and for all. 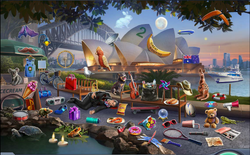 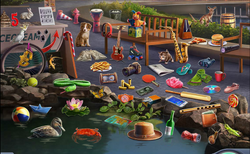 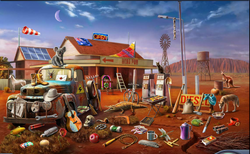 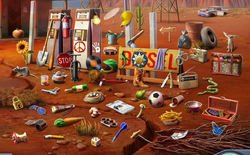 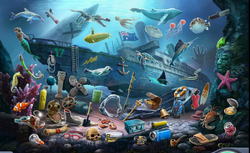 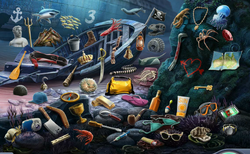 Sandbank
Add a photo to this gallery

Retrieved from "https://criminalcasegame.fandom.com/wiki/Six_Feet_Down_Under?oldid=409087"
Community content is available under CC-BY-SA unless otherwise noted.