Criminal Case Wiki
Register
Don't have an account?
Sign In
Advertisement
in: Cases, Cases in The Conspiracy, Money Mile

Gloria Hayes (All Chapters)
Rupert Winchester (On Shaky Ground 3)
Shooting Star is a case featured in Criminal Case as the ninth case of The Conspiracy (Season 5) and the two-hundred fortieth case overall. It takes place in the Money Mile district of Grimsborough.

Upon reports of a fatality at the red carpet during the premiere night of Transmutators 9, Gloria and the player went there to collect the body of lead actor Ronald Rooney, who was shot in the chest.

Mid-investigation, Transmutators director Mike Cove held a press conference about Ronald's death in the Grimsborough Park Hotel. Later, Amir found a viral video of CCN reporter Louis Leroux provoking Ronald with questions regarding his sex life during an interview with him. The team then found enough evidence to arrest sushi chef Yoshinobu Akagi for the murder.

Upon admitting to the crime, Yoshinobu also admitted that he and Ronald had an on-and-off relationship since their time in college. However, Ronald ended their relationship after Yoshinobu had asked to be his red carpet date, which would out their relationship and jeopardize his career. Feeling betrayed, Yoshinobu brought a handgun in his vest during the premiere and shot Ronald in the chest, then fled during the ensuing chaos, all the while mourning and regretting his actions. Judge Powell sentenced him to 10 years in prison.

Post-trial, Savannah Blake told Rupert and the player that someone had stolen the art she up for auction in her charity and replaced it with their distasteful pieces. The two investigated the hotel lounge and found an art piece depicting deceased earthquake victims that (per Gabriel) was painted by Meera Kat, the young artist they met back when the earthquake struck. After Meera admitted to switching the original art with hers for fame and dumping the original on the red carpet, she was arrested by the team for robbery. They then retrieved the original art and returned it to Savannah, who invited Rupert and the player to the event.

Meanwhile, Gloria told the player that Jones had removed all evidence of Zoe Kusama's disappearance from the evidence room. They went to the sushi restaurant to find him, but ended up only finding Zoe's video camera instead. Per Cathy, the footage revealed that Jones and Zoe were dating. When Gloria and the player confronted him, he admitted that he was worried about Zoe and that he did not want to involve anyone else in Zoe's disappearance as the search seemed hopeless. He then promised to place more trust in the team.

Afterward, Chief Parker mentioned to Rupert and the player that Meera's followers had bailed her out of prison, while Gloria and the player promised Jones to help him keep looking for Zoe. 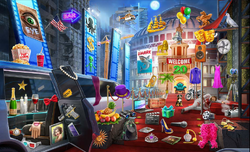 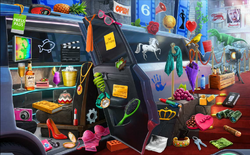 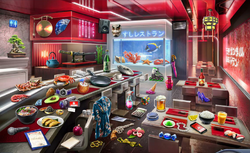 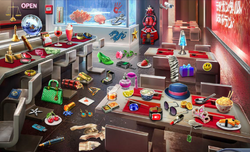 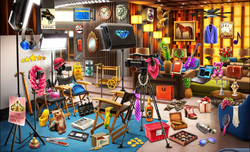 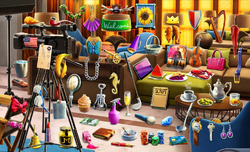