Shipwrecked! is a case featured in Criminal Case as the twenty-third case of Travel in Time (Season 6) and the three-hundred fourteenth case overall. It takes place in Age of Sail.

The morning after the team and the crew of the HMS Highmore washed up on a desert island after a shipwreck, islander Curly Stubbs approached the team, saying that he had found their village leader dead on the shore. Truly enough, Zara and the player then found Evangeline Rousseau pierced in the neck with a fishing spear.

During the investigation, the team learned that the islanders were a community of survivors of the HMS Unsinkable shipwreck twelve years prior. Soon enough, the team ventured to rescue a piglet trapped near a waterfall. Later, the team took Captain Shadrach to Janis after he had washed up on shore, saying that he almost drowned after the shipwreck. The team then found enough evidence to arrest Curly for the murder.

Curly said that everyone on the island was starving due to a lack of fresh fruit or huntable animals. When he learned that Evangeline was persuading all the islanders to kill and eat him, he stabbed her with a fishing spear to spare himself. Newly-appointed leader Quentin Montague then exiled him from the village, informing him that Monday, another islander, had volunteered to take care of him until he could learn to survive on his own.

After the trial, Shadrach told the team that Blackbeard's treasure was on the island. Zara and the player then rummaged through the ship's wreckage on the beach to find a map of the island that Shadrach had created. They were able to find the map, which Orlando and Shadrach used to pinpoint the treasure's location right in the middle of the village. After the team promised Quentin that they would take the village with them once they were rescued, they started digging, eventually reaching the treasure.

Meanwhile, Kai and the player approached Monday for help in procuring bird guano that they needed for their improvised flare gun. After all the events, Zara started turning blue and scaly, possibly as a reaction to touching Blackbeard's treasure. Later, the team spotted a passing ship and thus shot a flare. To their surprise, the ship's captain was Ammon Bast, who had gone back to the Age of Sail to prevent the team from undoing his alterations in history. Fortunately, Mary Read and the Black Sparrow also noticed the flare and rescued the team from Ammon's ship to repay them for their help in Port Braxton.

While Shadrach, his crew, and the villagers were left marooned on the island, the team left them the flare gun to use in the event another ship passed by. Mary then suggested taking Zara and the team to Skull Island, to break her "curse".

George Turbot
Add a photo to this gallery

Zara Tien
Add a photo to this gallery 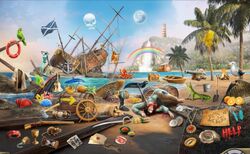 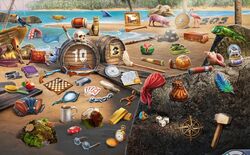 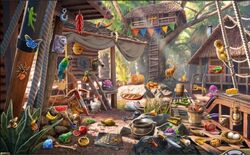 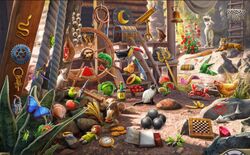 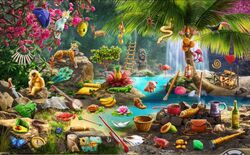 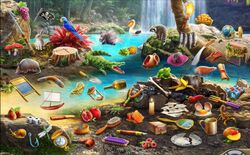 Campfire
Add a photo to this gallery

Retrieved from "https://criminalcasegame.fandom.com/wiki/Shipwrecked!?oldid=503154"
Community content is available under CC-BY-SA unless otherwise noted.