Shark Attack! is a case featured in Criminal Case, appearing as the fifty-seventh case of the game. It is the first case of Pacific Bay and also the first one to take place in the Ocean Shore district.

Upon being informed by Chief Marquez of the Pacific Bay Police Department of a shark attack at Sunny Beach, Amy and the player rushed to the beach and found reality TV show star Jimmy "Ice P" Lewis half-eaten by the shark with his fingers cut off.

Mid-investigation, Roxie said that she recalled seeing the victim leaving the Tiki Shack right before he died. Later, an anonymous photo of Ice P and lifeguard Zack Taylor was dropped at the police station. The team then found enough evidence to arrest shark expert Trevor Finn for the murder.

Upon admitting to the crime, Trevor revealed that Ice P had driven the sharks out of the shoreline so that he could make his reality TV show safe to film, putting him out of a job. In court, Trevor told the Honorable Dante that when he saw Ice P drunk, Trevor secluded him, tied his hands with sticky tape and sliced his fingers off with a knife. He then threw both the fingers and Ice P into the water so that the scent of blood would lure a shark into attacking him. He was sentenced to life in jail.

After the trial, Amy and the player searched for one of their suspects, young fan Augusta, after she had gone missing. With the help of Zack Taylor, they found her and later found out from Carly Lewis that Ice P was supposed to be replaced with a lookalike for the reality show's last episode. However, the show scrapped the idea.

Augusta
Add a photo to this gallery 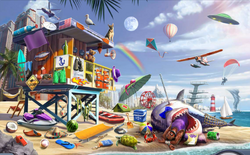 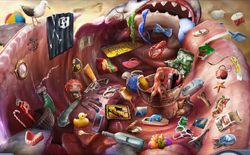 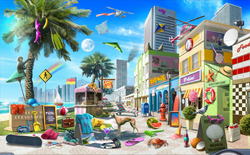 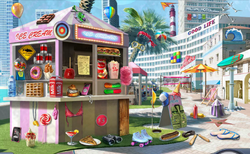 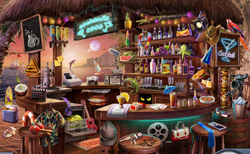 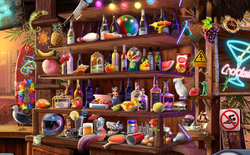 Bar Shelves
Add a photo to this gallery

Retrieved from "https://criminalcasegame.fandom.com/wiki/Shark_Attack!?oldid=508215"
Community content is available under CC-BY-SA unless otherwise noted.