The Bureau went to Luzaguay after tracking one of SOMBRA's videos to the country. As Luzaguay was a secretive nation, Carmen and the player looked for information at the City Hall, only to find the body of President Adolfo Herrera, who had been shot with a sniper rifle.

Elliot intercepted a message from the resistance, which proved that Luzaguayan government was being supported by SOMBRA. Later, Dupont found out that SOMBRA itself had written the Luzaguayan constitution. Furthermore, resistance leader Sebastian Morales took militia leader Pedro Torres hostage and threatened to kill him, but he was detained in time. The team gathered enough evidence to arrest Vice President Valentina Silva for the murder.

After denying involvement, Valentina admitted to the crime. Adolfo's regime excluded the elderly from public benefits like medicine, as they were considered a waste of resources. Valentina could not stand her mother's death after she had become elderly and ill. Blaming Adolfo, she sniped him from the surveillance post to take power and ensure common well-being. Judge Adaku sentenced her to 30 years in jail for the murder of Adolfo Herrera.

Post-trial, Michelle and the player interrogated Francisco Ramirez to find out about Adolfo's ties with SOMBRA. Francisco said that SOMBRA had funded Adolfo's campaign, allowing him to easily win the elections. Searching for clues in the President's office, the team found a tablet that (per Elliot) contained a message revealing that Adolfo and a SOMBRA agent were going to meet at Machu Picchu in Peru in two days.

After Carmen and the player reunited Eva Reyes with her missing sister Constanza, Elliot impersonated Adolfo to contact the SOMBRA agent and arrange the meeting in Machu Picchu. The Bureau then headed to Peru to intercept the agent. 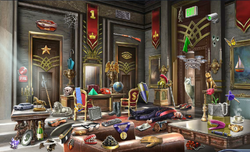 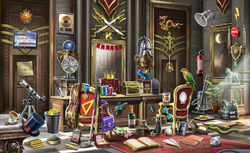 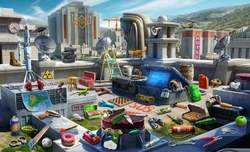 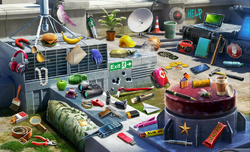 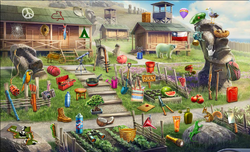 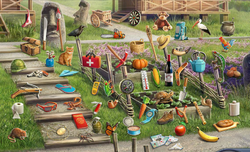