On Walpurgis Night, while Luke was busy tending to a tormented Gwen, Chief Arrow joined the player in going to an abandoned castle in Indiana after receiving a message from witch Belinda through her crystal ball. There, however, they found her drowned beside a cauldron.

Mid-investigation, the team found young witch Avery Mitchell locked out of the Walpurgis night celebrations due to her age, and so the team took her to Felix in the meantime. Later, thanks to the crystal ball, Felix found an enchanted room made of candy where the kidnapped children were previously held. Soon after, the team found Felix unconscious and Avery gone. The team then received a distress message from Avery, who admitted that she had hexed Felix so she can make an escape and help them in their investigation, but she was subsequently kidnapped and placed in the same room as the other children. Furthermore, Chief Arrow touched a cursed crystal, causing him to asphyxiate until Felix healed him with a healing spell. They then found out that it was Agnes Leek who placed the curse to serve as the team's final test before she could give them the mind protection spell. The team then found enough evidence to arrest Wiccan witch Heather Night for the murder.

Heather admitted that she had come to Indiana to get accepted into the witch's coven, but as a senior member, Belinda vetoed her acceptance. However, coven leader Morgana Blackhawk promised that she would override the vote if Heather killed Belinda. The team then figured that Morgana had ordered Belinda, her younger sister, dead after the latter confronted the former about the missing children. The team then turned Heather over to the authorities.

After the arrest, Chief Arrow, Felix, and the player headed to the candy room and found a trapdoor openable by a password that Hope had found in Belinda's diary. After rescuing Avery and the children, Felix asked the children to recall their happiest memories. Using their positivity, Felix cast a spell to strip Morgana of her witch powers. Avery, Felix, and the player then confronted Morgana, who admitted that she ordered Pandora Geiss (a witch who had accidentally transformed her head to a goat head) to kidnap the children so the coven could use their flesh to amplify their powers. With Morgana realizing her powers had gone after a failed memory removing spell, Felix said that he would remove Pandora's powers as well when they returned to the RV. Soon after, FBI Agent George Mathison arrived, having been informed by the Chief that the team had located the missing children. After the team helped him find his car keys, Mathison took Avery and the other children home.

Meanwhile, Agnes told Luke and the player that she needed the False Deathcap mushrooms that grew outside the castle in order to complete the mind protection spell. After the team found and gave the mushrooms to Priya (who was concocting the potion with Agnes' instructions), they hid the potion in a matcha latte. Agnes and the team then went to Gwen (whom the team kept in Priya's cage as she was becoming a danger to herself) and gave her the disguised potion. After Agnes successfully cast the spell, she told the team to gather in the cage as well so they could all be protected.

After all the events, with the team all having impenetrable minds, the team contacted demon Arthur Darkwood. Arthur then recalled that he had been on the rebel side during the civil war 30 years prior. After being badly injured in battle, he woke up and discovered that the rebels had succeeded in subduing the demon queen, which cost them many lives. However, with rumors of the queen's supporters restoring her to power, Arthur started investigating the matter and discovered that there were five concealed keys to the cage containing the queen. With four of the five keys already being retrieved (including two museum artifacts, a sextant guarded by the kraken, and the magic tree core in Yellowstone), it was necessary that the team discover and get the fifth key before the queen's supporters could. However, the maker of the keys, Rathimael, had been hunted down, tortured, and killed by the queen's supporters a few years prior before he could reveal what the fifth key was. Arthur then told the team that while he did not know Rathimael's human identity, he knew that he was living on the East Coast before his death. The team then headed to the East Coast to meet with Arthur and chase their only lead. 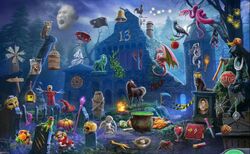 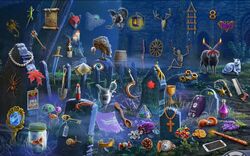 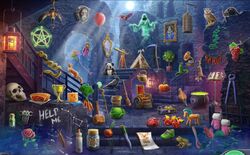 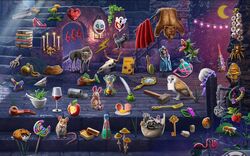 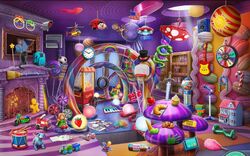 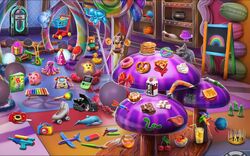