Luke Fernandez (All Chapters)
Gwen Harper (The Keys to the Kingdom 4)
Scarab to Death is a case featured in Criminal Case as the twenty-fourth case of Supernatural Investigations (Season 7) and the three-hundred forty-sixth case overall. It takes place in the East.

Luke and the player went to the Smithsonian Museum in Washington, D.C. to find the Eye of Sparron in order to decipher the inscription on Rathimael's ring. There however, they were informed that a student was murdered at a nearby Native American archaeological dig. Posing as FBI agents, the team commenced the investigation into Highsmith University student Dan Quang's murder via a cursed amulet.

Mid-investigation, the team talked to the mummy of Pharaoh Sephtah the Sixth, who had risen from his sarcophagus in the museum's storage facility after his amulet was stolen. Later, Chief Arrow had to lure the mummy back into the museum after Felix revealed that he escaped to the Fifth Amendment bar looking for his amulet. The team then found enough evidence to arrest the victim's thesis advisor, archaeology professor Theresa Rosenthal, for the murder.

Theresa said that she was getting tired of Quang's theories about Ancient Egyptians in Washington, D.C. and regarding the scarab amulet. To prove to him that ancient curses were not real, Theresa threw the amulet at him. After Quang instinctively caught it without his gloves, the curse travelled from his palm up to his heart, killing Quang. The team then delivered Theresa to the authorities.

Post-arrest, Gwen and the player found the Eye of Sparron in the museum's storage facility after consulting the museum's curator Cleo Sinclair. Using the Eye, Felix and Arthur Darkwood determined that according to the ring, the fifth key to the demon queen's cage was a human baby who would be 25 years old during the present day. The team then went for another trip to the archives, where they found an inventory of a 1994 archaeological dig at a site next to Rathimael's mansion. The team then talked to Theresa, the lead at the dig, who told the team of Bob Nelson, a creepy character next to the dig who was always holding a baby. The team had to stop the questioning, however, when Theresa was summoned by the FBI for interrogation via Officer Blake.

Meanwhile, Luke and the player returned the mummy's amulet to him as well as gave him the beer he was requesting to put him back to sleep. After all the events, the team concluded that Bob Nelson was Rathimael and his baby was the fifth key to the queen's cage. Right then, Felix informed them that Theresa was found dead in the FBI headquarters, prompting them to get there to investigate.

Reggie Pratt
Add a photo to this gallery 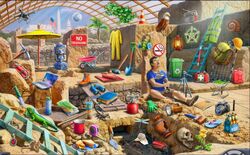 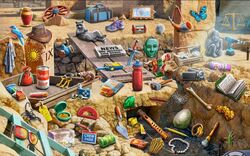 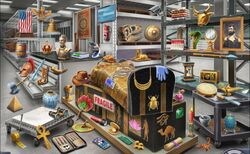 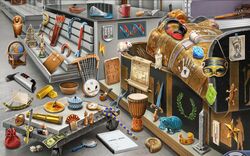 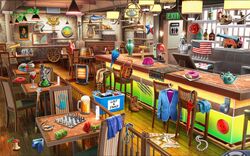 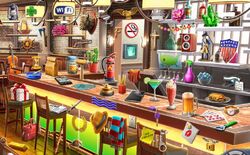 Retrieved from "https://criminalcasegame.fandom.com/wiki/Scarab_to_Death?oldid=536319"
Community content is available under CC-BY-SA unless otherwise noted.