Sammy Turner is a minor character in Criminal Case, appearing during the events of six different cases in The Conspiracy as well as being mentioned in many other cases.

Sammy is the son of Alex and Cathy Turner. He has brown hair and blue eyes. He is seen wearing a blue t-shirt with a picture of a bear.

In his minor appearance in Trick or Treat, Sammy is seen wearing a Halloween pumpkin suit and a matching headwear.

In his minor appearance in Blaze of Glory, Sammy is seen wearing a white shirt with a purple bow tie and matching suspenders.

Some time in between the player's resignation from the Grimsborough Police Department and their return, Alex and Cathy married and had Sammy as their son. Alex then resigned from the police force to take care of Sammy.

Around the time during the investigation into Elaine Seabrook's death, Sammy came down with a fever, even vomiting on some of the police evidence. Later, Sammy became well enough that his parents took him to Jones's house party. 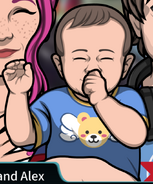 Sammy, as he appeared in Trick or Treat (Case #41 of The Conspiracy). 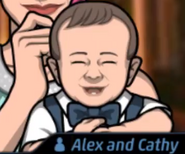 Sammy, as he appeared in Blaze of Glory (Case #60 of The Conspiracy). 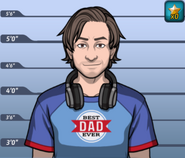 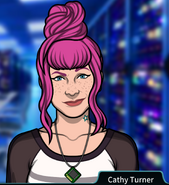 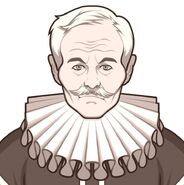 William Kingsley, Sammy's ancestor.
Add a photo to this gallery

Retrieved from "https://criminalcasegame.fandom.com/wiki/Sammy_Turner?oldid=470706"
Community content is available under CC-BY-SA unless otherwise noted.