Salvador Cordero (1979–2012) was a suspect in the murder investigation of Vipers member Chad Whickman in Burned to the Bone (Case #9 of Grimsborough) before being murdered in Into the Vipers' Nest (Case #11 of Grimsborough).

Salvador was the 33-year-old leader of the Vipers. He had green eyes and short black hair. He wore a matching tank top and bandana alongside a gold chain and several tattoos. He also had heavy dandruff on his shoulders. It is known that Salvador wore sport shoes and smoked.

Salvador found himself in the red during the murder investigation of his fellow gang member, Chad Whickman, after Jones and the player decided to interrogate him after a talk with Troy Cassidy, The Skulls' leader. During the interrogation, Salvador stated that he knew Chad planned of quitting the gang, and that he kept ordering Troy to kill Chad after he started to spend time with Troy's sister, Rose Cassidy.

Salvador was ultimately found innocent after evidence proved Joe Stern guilty of manslaughter. During the Additional Investigation, Salvador attempted to break into Joe's mini-market without a reason, causing the team to have a look. After finding a smashed camera, the team found out that Salvador had a heated argument with Tony Marconi over Marconi wanting to take over the entire district.

Salvador was later found dead on his car in the Vipers' pit. His skull was smashed to pieces. During the autopsy, Nathan discovered that Salvador had been smashed by a sharp object, most probably a glass bottle. The killer had also spat on Salvador's body in disgust, which confirmed that the killer chewed gum.

During the investigation, the team encountered Troy, who said that he had nothing to gain from his death as they had nothing in negotiation but later confessed that he and Salvador were dividing the district into Viper and Skull territory. However, he also said that Salvador kept asking for more. Furthermore, one of Salvador's subordinates, Ash Bison, disliked Salvador as he kept triggering his asthma and because he was next in line as new leader of the Vipers.

More suspects testified to Salvador's actions against them: prostitute Ginger said that Salvador had dragged her all the way to the Vipers' pit and tried to rape her but was killed before he could do the deed. Meanwhile, One-Tooth Sam said that Salvador had thrown him out of the pit into a puddle of oil after he tried to convince him to stop vandalizing Cooperville. Sam even admitted later to going to the pit to kill Salvador to save his community but had chickened out.

The killer turned out to be Tony.

Tony killed Salvador because Salvador was hurting Ginger. Tony firmly believes that hurting women is wrong, and killed Salvador because by hurting women, Tony deduces that Salvador had given up his right to live. This was Tony's fatal mistake as the police managed to have all evidence of Salvador's murder point towards him as Tony should have jailed Salvador instead of taking a human life away. Tony was convicted of Salvador's death and was sentenced to 20 years to life in prison, but Jones was really upset when Tony was tried for Salvador's murder, and not for other shady crimes in past cases. 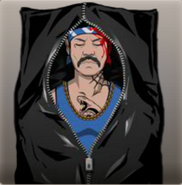 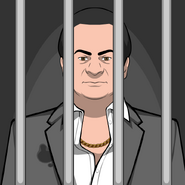 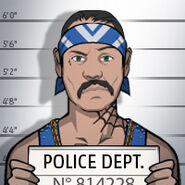 Retrieved from "https://criminalcasegame.fandom.com/wiki/Salvador_Cordero?oldid=491865"
Community content is available under CC-BY-SA unless otherwise noted.