Ruth was a 45-year-old supernatural hunter with brown eyes and crimson hair tied back in a ponytail, along with a scar on her left cheek. She wore a faded brown jacket with two front pockets over a gray high-collared vest and a green top. Moreover, she wore a black ammunition belt and a silver cross necklace around her neck, as well as a silver earring in her right ear and a pair of black fingerless gloves. She also sported burgundy lipstick and mauve eyeshadow. It is known that Ruth knew werewolf lore, was an insomniac and ate steak tartare.

At the time of her death, she sported a new scar with stitches on her forehead and ditched her ammunition belt.

Ruth became a suspect after Gwen and the player found her wanted poster for the victim. After Ruth mentioned Gwen's mother, Gwen revealed the murder to her, annoying Ruth. She digressed about her lifelong ambition to rid the world of all "supernatural scum", but claimed that she had not killed Danny. She then left to find her next target.

Ruth was spoken to again about her romantic relationship with the victim. Ruth urged the team to lower their voices and admitted that she had had an affair with Danny. However, when she realized that he was a werewolf, she broke off the relationship, mortified that she had not recognized Danny's werewolf identity.

Ruth was found to be innocent after the team incarcerated Serena Kwame for Danny's murder.

Ruth's body was found gored to death atop a Coloradan ski slope by Gwen and the player. Judging from the claw marks and the bites, they concluded that Ruth had been killed by a werewolf attack. Ben determined that the scar over Ruth's eyebrow was relatively new, but unrelated to her murder. He also found traces of cocoa and marshmallows in her wounds, prompting Ben to conclude that the killer drank cocoa.

Ruth had gone on Christmas vacation to the slopes with her new boyfriend, Damien Holder. However, when she sustained injuries she refused to explain to him, Damien searched through her luggage and discovered her weapons. Ruth got into a fight with ski lift operator Sam Ellis when she demanded access to the ski lifts at night, resulting in her being scarred. She also caught alpha werewolf Annette Strong transforming on camera, and angered Santa Claus with her violent hunting. In order to teach her a lesson, Santa tried to scare her with one of his reindeers disguised as a werewolf, but the reindeer ran off before he could fulfill his prank. Ruth had also traumatized Priya because of what had happened in San Francisco.

The killer turned out to be Sam.

Sam admitted to the murder and his werewolf identity, claiming Ruth had murdered his son, who was still a harmless werewolf cub. Upon recognizing Ruth at the slopes and still grieving over the loss of his son, Sam waited for the full moon to transform into a werewolf and brutally gored Ruth to death. The team handed Sam to his leader, Annette, who banished him into the woods. 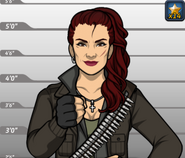 Ruth, as she appeared in Hour of the Wolf (Case #4 of Supernatural Investigations). 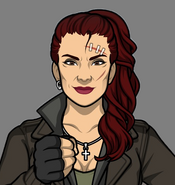 Ruth, as she appeared in A One-Wolf Open Slay (Case #11 of Supernatural Investigations). 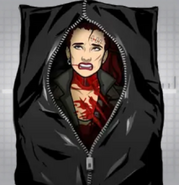 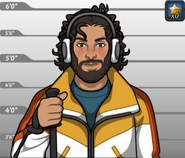 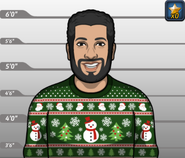 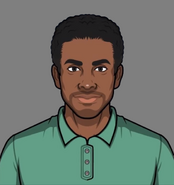 Retrieved from "https://criminalcasegame.fandom.com/wiki/Ruth_Wu?oldid=533154"
Community content is available under CC-BY-SA unless otherwise noted.