Rose Cassidy was a suspect in the murder investigation of her boyfriend, Vipers member Chad Whickman, in Burned to the Bone (Case #9 of Grimsborough).

Rose is the 27-year-old sister of Skulls leader Troy Cassidy. She has long black hair and wears a red dress cut at elbow length. It is known that Rose wears sport shoes and smokes.

Rose became a suspect after Jones and the player found a crumpled note at the crime scene which had her address on it. They asked her if she knew Chad, and she told them he was her boyfriend. They investigated her studio and found a love note to her from Big Baby. The detectives then spoke to Rose's brother, Troy, and The Vipers leader, Salvador Cordero. 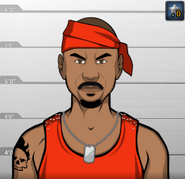 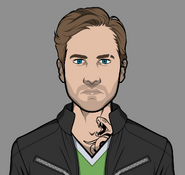 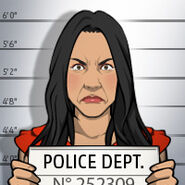 Retrieved from "https://criminalcasegame.fandom.com/wiki/Rose_Cassidy?oldid=531314"
Community content is available under CC-BY-SA unless otherwise noted.