Ronald Rooney was the victim in Shooting Star (Case #9 of The Conspiracy).

Known as a hot-shot actor, Ronald had messy brown hair combed back with facial hair and blue eyes. At the time of his death, he wore a silver gray blazer over a white shirt with black buttons and a purple bow tie. It is known that Ronald took cocaine, drank diet cola, and ate sushi and gyoza.

Ronald was found shot dead on the red carpet during the premiere night of the blockbuster movie Transmutators 9. Martine told the detectives that the victim was shot at close range with a single bullet, with Rita's confirmation, from a Big Bauer P253 pistol. From the bullet, Martine found a mixture of celery juice and cayenne pepper—ingredients used in juice cleansing. This proved the killer was on a juice cleanse.

Mid-investigation, a pistol was found inside a crate of champagne bottles. After it was sent to Rita for analysis, she was able to confirm the pistol as the murder weapon. Rita also found a clump of green fibers inside the gun's magazine; although no DNA or substances were found, it was determined that the green fibers came from the killer's clothing, meaning the killer wore green.

Ronald had insulted his fan Annie Schmidt after she tried to get a photo of the two together at a sushi bar, which led Annie to tear her sweater up. Ronald was also best friends with sushi restaurant chef Yoshinobu Akagi, who asked Ronald for a ticket to the premiere but was faced by an angry Ronald trashing his restaurant. Ronald also pressed charges against CCN after news reporter Louis Leroux had pushed Ronald's buttons by asking him about his ex-lovers. Ronald was also found to be taking cocaine, which combined with his general unprofessionalism, annoyed Transmutators 9 director Mike Cove as Ronald was late for his filming, never learned his lines and had the attention span of a goldfish. Ronald also refused to go to or donate to his co-star Savannah Blake's fundraiser to help the people of Grimsborough that were victimized in the earthquake.

The killer turned out to be Yoshinobu.

Upon admitting to the crime, Yoshinobu also admitted that he and Ronald had an on-and-off relationship since their time in college. Wanting to keep his sexuality and relationship a secret, however, Ronald exploded with anger when Yoshinobu asked to be brought to the red carpet as his date. Ronald then said that if Yoshinobu did not understand his desire for fame, then their relationship was over. Feeling angry and betrayed at the rejection, Yoshinobu brought a handgun in his vest during the premiere and shot Ronald in the chest, then fled during the ensuing chaos, all the while mourning and regretting his actions. Judge Powell sentenced him to 10 years in prison. 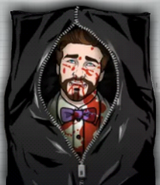 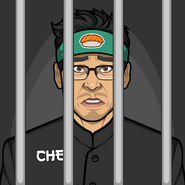 Yoshinobu Akagi, Ronald's ex-boyfriend and killer.
Add a photo to this gallery

Retrieved from "https://criminalcasegame.fandom.com/wiki/Ronald_Rooney?oldid=505634"
Community content is available under CC-BY-SA unless otherwise noted.