Rex was the lead actor of the Weirder Stuff series who played the role of Soviet general Stanislav Yakovich. He had wrinkles, blue eyes and short brown hair. At the time of his death, he wore a brown Soviet hat with light brown fur and a Soviet logo in the center, as well as a standard Soviet military uniform consisting of a light brown shirt, matching pants and black boots. The shirt consisted of two front pockets, brown buttons, red epaulets on each shoulder, Soviet logos on the sleeves and the collar, along with a gold medal on his left lapel. It is known that Rex played Dragons & Dungeons.

Rex's burned body was found by Gwen and the player on the Weirder Stuff film set in the Idaho woods. Ben noted that no accelerant had been used during the murder. Since Rex's wounds indicated that he was killed by pure, high-intensity flames, Ben deduced that he had been killed by either a flamethrower or a supernatural creature that was capable of producing flames. He also found crumbs on the body that came from frozen waffles. Since the crumbs were not burned, it meant that they had been left on the body after the murder, allowing Ben to conclude that the killer ate waffles.

Later, Gwen and the player found a flamethrower inside of a locked shed and sent it to Chief Arrow, who registered it as the murder weapon. Chief Arrow also found traces of eyebag-reducing moisturizing cream on the trigger, prompting him to conclude that the killer had bags under their eyes.

During the filming process, Rex had angered several people, including fellow actress Linda Regan, whom Rex helped get onto the Weirder Stuff series, only to play the role of a background monster. He also irritated author Arthur Darkwood, the original writer of the series, with his lackluster performance. Planning to leave the series for Broadway, Rex demanded that director Scott Ridley gave his character a noble death, annoying Scott. During his stay in hostess Ruby Rees' lodge for the filming, Rex had a fling with her. Rex also refused to give his friend, drifter Haruto Matsushima, money to pay for Haruto's debt, prompting Haruto to steal Rex's money after his death, only to be caught red-handed by Gwen and the player.

The killer turned out to be Ruby, whose true self was woodland spirit Rubarae.

Ruby revealed herself to be Rubarae and said that she had felt her time coming to an end and so she needed to procure an heir. When she got close to Rex enough to trust him, Rubarae revealed her true nature. Rex then freaked out, saying that he would find someone who would get rid of "a monster like her." To protect herself, Rubarae burned Rex with a flamethrower to make it appear as if he were killed by a human. She then fled the team, believing they were the supernatural hunters Rex had hired to kill her. 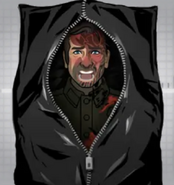 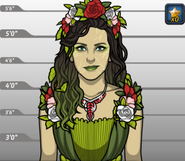 Ruby Rees, Rex's ex-girlfriend and killer.
Add a photo to this gallery

Retrieved from "https://criminalcasegame.fandom.com/wiki/Rex_Lane?oldid=520823"
Community content is available under CC-BY-SA unless otherwise noted.