Resistance is Fatal is a case featured in Criminal Case as the fifty-sixth case of Mysteries of the Past (Season 4) and the two-hundred twenty-seventh case overall. It takes place in the Capitol Peak district of Concordia.

Evie took Isaac and the player to a barn outside town, which was the headquarters of the resistance against Mayor Lawson's regime, as a favor for Katherine Woolf. There, they stumbled upon resistance member Dylan Mitvok, crushed by the printing press.

Because the murder involved the resistance, the team had to keep it secret as much as possible. They then found out that the resistance was being led by Giulietta Capecchi. Later, Bill Beatty, the Head of Clandestine Operations for the Justice Corps, said that the victim was spying on the resistance for the Corps. Afterwards, resistance member Mildred Takakura (who was Judge Takakura's niece) held Evie at gunpoint because she suspected the team to be in league with Lawson. They eventually found enough evidence to arrest Bill for the murder.

Admitting to the murder, Bill said that the murder was his duty. Already suspecting that Dylan was withholding information from him, he decided to spy on his own and was led to the barn unwittingly by Dylan. When Bill asked Dylan for the information in the barn, he refused, having been convinced that the resistance was on the right side. To force the information from him, Bill knocked Dylan out and crushed him with a printing press, where he bled to his death. Replacing Takakura after his murder, Judge Umbright sentenced Bill to life in prison. Post-trial, Inspector Jaubert demanded a full report on what the Squad gathered from the resistance, threatening to arrest all of them if they did not comply.

Maddie and the player went to Smokey's Café to learn more about the Corps so that they could convince the Corps that they were on their side without outing too much about the resistance. There, they found out a Justice Corps guide which they sent to Evie, who compiled a list of quotes from the book to help the team fool Jaubert. Using the quotes, they were able to successfully convince Bill that they were working with the Corps.

Meanwhile, Evie said that an unknown benefactor left the resistance goods and money inside a scarecrow in the farm, but because the farm was compromised as the movement's headquarters, they could not gather the revenue anymore. Isaac and the player went to the farm to help, and found the scarecrow, which contained precious gems which (per Evie) belonged to Lady Highmore. The team talked to Highmore, who said that she would offer some space in her manor for resistance operations. They then retrieved a braille plate for Katherine to finish their help with the resistance.

After all the events, Jaubert came back and the team was able to get his trust while not revealing anything about the resistance. Afterwards, the team vowed to keep ensuring the safety of Concordians.

Tomas Marin
Add a photo to this gallery

Lady Highmore
Add a photo to this gallery 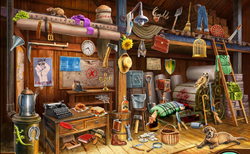 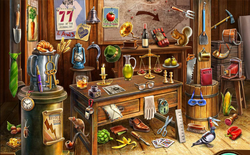 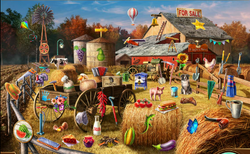 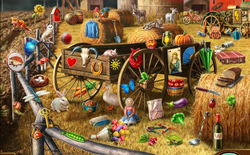 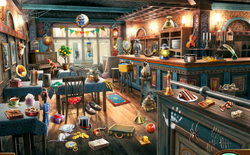 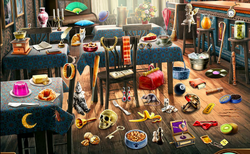 Café Tables
Add a photo to this gallery

Start a Discussion Discussions about Resistance is Fatal