Zara Tien (All Chapters)
Jack Archer & Orlando Ordelaffi (Time is a Lie 2)
Penelope Sage (1 task in Time is a Lie 2)
Rebel Without a Pulse is a case featured in Criminal Case as the seventeenth case of Travel in Time (Season 6) and the three-hundred eighth case overall. It takes place in Altered Present.

In the rebels' hideout, resistance leader Isabelle Huxley told Zara and the player that her son, resistance fighter Storm Huxley, had been murdered at the black market. They then collected Storm's body, who was shot in the chest with a laser gun.

Mid-investigation, palace porter Ravi Jabari approached the team, scaring them before revealing he was a resistance spy. Later, Janis ran away to the black market undisguised to get information about her grandchildren. The team then found enough evidence to arrest Storm's girlfriend, Sadie Kek, for the murder.

Upon admitting to the murder, Sadie told the team that Storm was risking their son Aldo's life to further the resistance, refusing to get him vaccinated to avoid him being put on the registry and sending him on missions to spy and to plant bombs during the Fifth of July ceremony as he would go unnoticed. Sadie begged Storm to stop involving Aldo and when he refused, she shot him with a laser gun. Isabelle then decided to delay announcing her punishment for Sadie.

Post-trial, the team attended the Fifth of July ceremony, wherein it was announced that Princess Nefertiti had returned, suspecting her to be Nebet. Amy and the player then approached Isabelle, who said that Ravi had been gathering information on Nefertiti and who advised the team to approach the resistance historian, Sirius Atwood, for information on Chief Scott's findings.

Jack and the player found a phone Ravi had left in the black market, which (per Kai) contained proof that Nefertiti was Nebet's real identity, being the daughter of the Pharaoh and corresponding with Ammon Bast, who sabotaged the team's time machine back in 1969. Per Ravi, Ammon was the regime's head of intelligence who would be hosting a party at his place the following day. Zara and the player then found regime spokesman Eugene Donkin's invitation to the party for Marina and Ravi to use as a basis for a forged invitation for the team.

Meanwhile, Orlando and the player talked to Sirius, helping him determine that a painting that he owned contained information on the Chief's findings. The team found a folder inside the painting, from which Sirius and the team learned that Egypt had gotten multiple last-minute wins in various historical battles that led to the Ptolemys rising in power. Sirius then left to inform Isabelle while Penelope and the player checked up with Orlando, who informed them that Sirius — who did not recognize him in the timeline they were in — was his deceased husband in their original timeline.

After all the events, the team figured out that Nefertiti had been quietly sabotaging the team's attempts to get back to the present to allow time for Ammon and the Dynasty to gain military might throughout history. They then decided to get ready to attend Ammon's party.

Eugene Donkin
Add a photo to this gallery 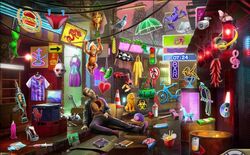 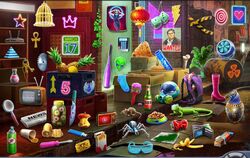 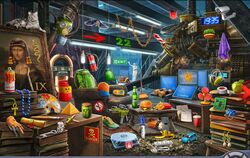 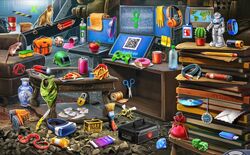 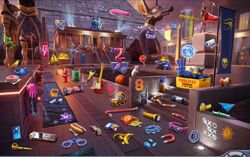 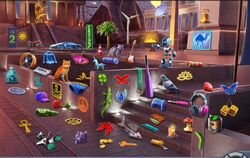 Square Stairs
Add a photo to this gallery

Retrieved from "https://criminalcasegame.fandom.com/wiki/Rebel_Without_a_Pulse?oldid=541027"
Community content is available under CC-BY-SA unless otherwise noted.