David Jones (All Chapters)
Rita Estevez (1 task in Chapter 2 & Endgame 3)
Amir Devani (1 task in Endgame 3)
Reap What You Sow is a case featured in Criminal Case as the fifty-seventh case of The Conspiracy (Season 5) and the two-hundred eighty-eighth case overall. It takes place in the Newmark district of Grimsborough.

After Cathy revealed to the team that Christian Bateman had purchased a helicopter, Jones and the player rushed to the helicopter to stop Christian's escape, only to find him dead next to it, with a dart in his chest and apparently poisoned.

Mid-investigation, Rozetta Pierre called the team to learn of their progress in the investigation. Shortly after, Cathy traced Christian's GPS history and pinpointed Ad Astra's secret hideout. Rita, Jones, and the player then went to the hideout and was able to knock out Mayor Joe Warren with sleeping gas before securing the area for investigation. The team then found the coordinates to Julia Brine's hideout in Spring Fields and arrested her there. Later, the police reported that Eoin Cafferey had tried breaking into Ad Astra's hideout. The team finally found evidence to arrest Mayor Warren for the murder.

Upon admitting to the murder, Warren admitted that after they first used their superpowers, they found that the serum was physically hurting them. However, Bateman refused to stop using his powers; by the time he died, Christian was regularly having convulsions and was incoherent. When Rozetta and Warren then went to the helipad to stop Christian from escaping, they found him in excruciating pain, begging them to put him out of his misery. Warren then shot Christian in the heart with a tranquilizer gun. In a protected cell, Judge Powell sentenced him to life imprisonment for the murder and for his crimes as an Ad Astra member. Post-trial, Martine confirmed that the serum was slowly killing Christian.

Jones and the player then investigated the hideout and found Rozetta's autobiography. Per Gabriel, Rozetta had written it while in prison and reading between the lines, he learned that Rozetta had always been trying (and failing) to get the approval of her mother, Denise Daniels. The day the meteorite fell, Denise began doting on Rozetta in order to get her to build a dome around the meteorite. After DreamLife had fully exploited the meteorite however, Denise thought that Rozetta outlived her usefulness. The team then called Rozetta once again, who confirmed the team's findings and told them that the superhuman serum was Denise's idea, making Ad Astra believe that it was for them to take so they could rule the world. However, by the time Denise had taken over the dome, she had deemed Ad Astra useless and had since been deliberately keeping the serum away from them, leading Louis Leroux to investigate before his murder.

Rozetta then directed the team to their hideout for Leroux's footage of the dome. From his video diary, the team learned that Leroux had discovered that Denise had a secret lab miles away from the dome, from which he then stole a sample of the serum; however, Leroux was apprehensive of using it. The team then called Rozetta again, who said that Leroux had witnessed a horrific sight in the lab. He also told them to examine the serum first before using it, but Ad Astra was forced to take it in order to have a fighting chance against Denise. Rozetta then advised the team to be careful in their fight against Denise.

Meanwhile, Amir asked Rita and the player to find some bocryx metal so he could forge an engagement ring. Not long after the ring was complete, Amir proposed to Jasper Everett, to which Jasper gladly responded. After all the events, Ramirez told the team that he recognized the alley Leroux was standing in after he infiltrated the secret lab, and so the team decided to hurry to the secret lab.

Julia Brine
Add a photo to this gallery

Jasper Everett
Add a photo to this gallery 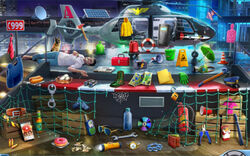 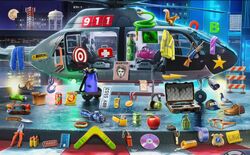 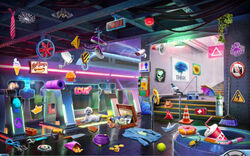 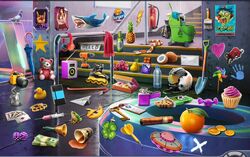 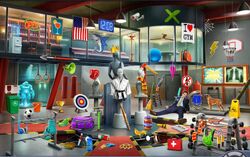 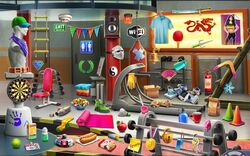 Training Room
Add a photo to this gallery

Retrieved from "https://criminalcasegame.fandom.com/wiki/Reap_What_You_Sow?oldid=548402"
Community content is available under CC-BY-SA unless otherwise noted.