Programmed to Kill is a case featured in Criminal Case, appearing as the one-hundred sixth case of the game. It is the fiftieth case of Pacific Bay and the final one to take place in the Innovation Valley district.

Upon receiving reports of a break-in at a Meteor Systems robotics factory, Amy and the player rushed to the site only to find Bob Levene half-eaten with his eyes glowing red.

After learning Bob was killed by nanobots in his bloodstream, Bob's email meant to be sent posthumously was received by the team, telling them that the company had found a way to control humans via nanobots. Later, a riot broke out as more humans were getting controlled by nanobots. Shortly after, Amy was stung and controlled by nanobots, forcing Frank to replace her and continue the investigation wearing a special suit for protection. They were able to find a robot which Bob created, Aphro-Dyte, to be the murderer.

Upon admitting to the murder, Aphro-Dyte told that Per-Sephone's memory being forcibly wiped made her realize humans had gone too far. Tired of robots being subordinate to humans, she tried pushing for a robot rebellion before the police restored peace. She resorted to her plan B: with Ruth Campbell's discovery of turning DNA to binary code, she programmed the Meteor Systems medicinal nanobots to make humans feeble. She then started her plan with her creator, but the nanobots viewed him as an error that needed to be destroyed. Judging her as human, Judge Dante sentenced her to 50 years in jail. After the sentence, Aphro-Dyte shut herself down and uploaded her program to the mainframe, allowing her to control all the nanobots inside the infected humans.

Amy and the infected population of Innovation Valley was then under the mercy of the mind of Aphro-Dyte, and Frank had to ask Dr Rascher and Karen for a cure to heal Amy and Innovation Valley of this technological madness. Karen told Frank to obtain an EMP from the helipad, which he and the player soon did, allowing them to disable all electronics going mad. Meanwhile, Yann Toussaint managed to verify Dr Rascher's antidote to remove the nanobots from compromised humans safely. It was tested on Dr Rascher, who was cured from his self-inflicted infection. David Rosenberg opted to help out by donating a prototype medical drone to the authorities so the medicine would spread widely to cure Innovation Valley. Due to the help from Karen, Dr Rascher, and David, the player was able to restore Innovation Valley back to normal, and Amy was back to her own self.

With peace restored in Innovation Valley, Frank sought to check out the luxurious sights of Paradise City.

David Rosenberg
Add a photo to this gallery 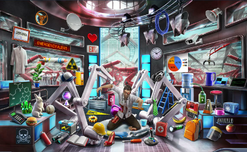 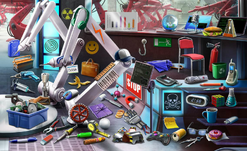 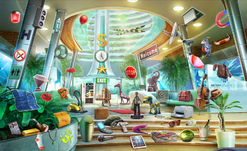 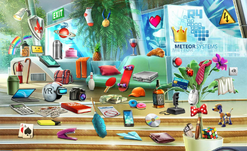 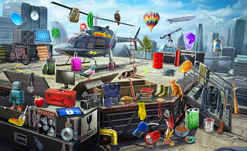 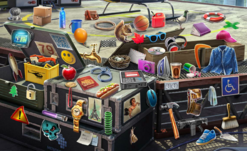 Helipad Base
Add a photo to this gallery

Into the Future: Part 5

Retrieved from "https://criminalcasegame.fandom.com/wiki/Programmed_to_Kill?oldid=515408"
Community content is available under CC-BY-SA unless otherwise noted.