Priya was a Bollywood movie actress in the upcoming film Bowled Over. She had short black hair, had brown eyes, and was eight weeks pregnant. At the time of her death, she wore a white dress, indigo earrings, and a pearl necklace. Priya also wore henna on her right arm.

Priya was found at a movie set with bloody bruises all over her body. According to Angela, the cause of death was trauma to the head caused by wooden implements. Her clothes were also covered in neem oil, which is mostly used as a skincare and hair care product but has numerous other uses as well. When Carmen asked why it would be covered in oil, Angela pointed out it was flammable, meaning the killer intended to burn the body but fled when they were interrupted. This meant the killer used neem oil.

Later in the palace gardens, the player and Carmen found a pair of colorful stick covered in blood. Despite being occupied with his book by Om Padmasana, it was sent to Lars who found out the blood was the victim's, confirming the sticks to be the murder weapon. According to Dupont, the sticks were dandiya sticks, which are used in a traditional Indian dance were men and women dance in two circles holding those sticks. Lars also pointed out the sticks were covered in wax, the kind used to coat cricket balls, meaning that Priya's killer played cricket.

Priya was sleeping with Gurvinder Chowdhury in order to secure her position in Bollywood. After Priya got pregnant with Gurvinder's child, he told her to "take care of it" if she wanted to save her job. Priya's cousin, Vikram Joshi, offered to star in Bowled Over to look after her because her parents were worried that Bollywood would corrupt her, as it did. Priya had torn up Sanjay Korrapati's photo and called him a dirty street rat after he asked for an autograph, motivating Sanjay to steal her bag. Priya had also refused to pay Sandeep Sadhra after she asked him to wait for her all night as she partied so he could drop her off at the set after the party. Meanwhile, Priya had doctored lead actress Arsha Raju's script so that Arsha would say nonsense, thus Priya could outstage her more easily.

The killer turned out to be Vikram.

Vikram had learned of Priya's attitude change in Bollywood as well as her affair with Gurvinder. However, upon learning of her pregnancy, Vikram knew that he had to kill Priya to restore the family honor. He then beat her (and her unborn child) to death with Dandiya sticks. Judge Adaku sentenced him to life in prison for the crime. 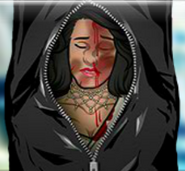 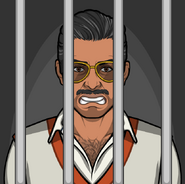 Vikram Joshi, Priya's cousin and killer.
Add a photo to this gallery

Retrieved from "https://criminalcasegame.fandom.com/wiki/Priya_Joshi?oldid=463870"
Community content is available under CC-BY-SA unless otherwise noted.