Pride Comes Before the Fall is a case featured in Criminal Case as the fourteenth case of Travel in Time (Season 6) and the three-hundred fifth case overall. It takes place in Renaissance.

Nebet and the player went to the Sultan's vacation palace to start their search for Penelope, only to find Vizier Ibrahim impaled on a statue in the courtyard.

Mid-investigation, the team followed the victim's parrot, Zephora, to the royal springs as they had heard it say, "Kill the vizier." Later, a scuffle broke out between eunuch Beshir and concubine Roxelana, as he was trying to stop her from escaping Sultan Suleiman the Magnificent's harem. The team then found Ibrahim's adoptive daughter, Serap, guilty of the murder.

Serap admitted that she was having an affair with Roxelana. However, Ibrahim had ordered Serap to kill Roxelana, as he believed she had too much influence over the Sultan. Feeling she had to follow her adoptive father's orders, Serap purposely failed to kill Roxelana, and pretended she had failed accidentally. Fearing that Ibrahim would discover Serap's lies and kill Roxelana himself, Serap pushed him over the balcony to kill him. Suleiman banished her from the Ottoman Empire for two years, but allowed Roxelana to bid her farewell.

Post-trial, Penelope reappeared at the time machine and asked Jack and the player to prove Alexandre Devereaux's innocence as he was accused of stealing the Halime stone at the thermal baths. The team found the stone and repaired it with the help of Orlando, then presented it to Suleiman to prove it was simply misplaced. The team then told Penelope she was free to choose to stay in the past or rejoin them, informing her of the possibly disastrous consequences of staying with Devereaux.

Meanwhile, Kai said that Leonardo da Vinci had not returned yet from the library after he had entrusted him with his phone. Nebet and the player found Zephora holding Kai's phone, which (per Kai) proved that Leonardo had found all the equations he needed before going to the springs. After finding Leonardo, the team set off to find his notes. After doing so, Leonardo told the team he was on the verge of a breakthrough.

After all the events, Penelope broke up with Devereaux, lying that her father had moved to the Americas. Leonardo then said that the time machine would be fixed in two weeks' time, and then proceeded to invite the team to stay with him in Florence in the meantime.

Serap
Add a photo to this gallery 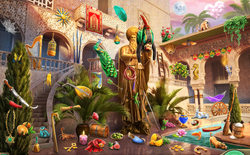 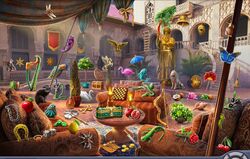 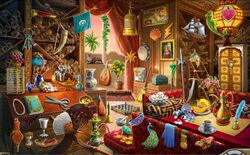 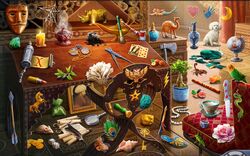 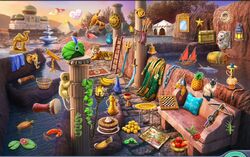 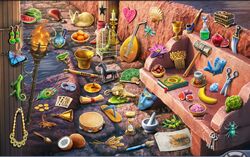 Royal Springs
Add a photo to this gallery

Retrieved from "https://criminalcasegame.fandom.com/wiki/Pride_Comes_Before_the_Fall?oldid=528008"
Community content is available under CC-BY-SA unless otherwise noted.