Jack Archer (All Chapters)
Carmen Martinez & Sanjay Korrapati (Edge of Darkness 5)
Politically Incorrect is a case featured in Criminal Case as the one hundred sixty-eighth case of the game. It is the fifty-third case of the game's World Edition (Season 3) and also the fifth case to take place in North America.

The Bureau went to Camp Rushmore to inform President James Hewett of SOMBRA's existence while President Hewett consulted foreign dignitaries regarding the conflict between the USNay and USStay movements. Upon reaching the campgrounds, Sidney Hirsch of the Department of Homeland Security informed the team of Special Agent Jonathan Stafford's murder. On Lake Rushmore, Jack and the player found Stafford's body with a bullet wound in his chest.

Mid-investigation, the team stopped everyone from leaving the campgrounds. Later, Agent Riordan of the FBI attempted to take over the investigation, leaving the team with 12 hours to investigate. Moreover, the President denied SOMBRA's existence and went as far as refusing to talk about the organization. The team was able to collect enough evidence to arrest Sidney for the murder.

Initially denying involvement, Sidney admitted that he had shot the man he loved. He said that he was jealous because of Jonathan's affair with First Lady Olivia Hewett and that he had confessed his feelings to him while having lunch. When Jonathan had pushed him away and called him old, Sidney shot him in the chest with his rifle and tried to resuscitate Jonathan after realizing what he had done. Consequently, Judge Adaku sentenced him to 18 years in jail.

Following Sidney's trial, the team tried to convince the President to take SOMBRA's threat seriously. Hewett still refused to talk about SOMBRA, but directed the team to the conference room for a file that the president of Russia had previously given him. Inside a COSMORUS safebox, they found a pen drive which (per Elliot) contained information about BØB, SOMBRA's captured satellite. Elliot thought of retrieving the code that SOMBRA intended to use to hijack all the satellites in the world so the team could show it to the world leaders. In order to retrieve it, the team requested Sidney's help to control BØB, having it to land on Earth and pulling the hard drive out of it. During BØB's descent, however, someone hijacked the satellite and rerouted it to the Northern Canadian wilderness. 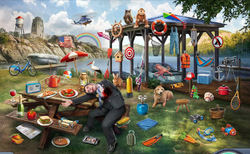 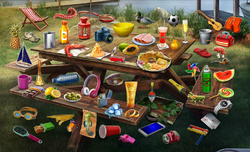 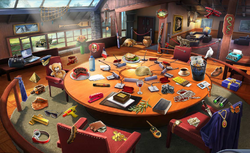 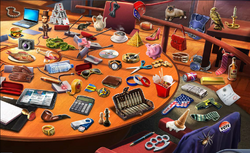 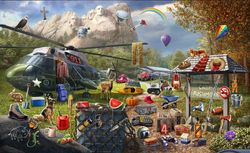 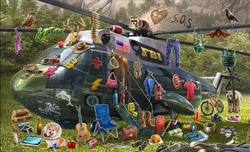