Playing Dead is a case featured in Criminal Case as the fifty-third case of The Conspiracy (Season 5) and the two-hundred eighty-fourth case overall. It takes place in the Airport district of Grimsborough.

Gloria and the player went to the TV station in order to uncover what Louis Leroux knew about Ad Astra's superhuman serum. However, in the CCN studio, they found the corroded body of actress Savannah Blake.

Soon after, Savannah's publicist Clarisse Gold told the team that she would not accept that Savannah was dead. Later, Gloria and the player stopped CCN journalist Rick Murray from holding a broadcast from outside the spa regarding the murder to prevent the investigation from getting compromised. They then found enough evidence to apprehend Clarisse for the murder.

Upon admitting to the murder, she said that Savannah knew that Clarisse had finally gotten a pregnancy, albeit a risky one, after multiple attempts to get pregnant. Despite this, Savannah insisted on attending a publicity event for Upton Abbey with Clarisse even after she had come down with the flu. A few days after, Clarisse had caught the flu which induced a miscarriage. Devastated by her loss, Clarisse threw a strongly acidic drain cleaner at Savannah. Judge Powell sentenced Clarisse to 21 years in prison with psychological counseling.

Post-trial, Gloria and the player found Leroux's notebook in his office, which (per Gabriel) proved he was the fifth member of Ad Astra. He had convinced the general public that the fallen object was a satellite, had asked the team to track down Zoe so he could kill her, had attempted to murder her shortly before her arrest, and had been visiting her in the hospital to keep tabs on her. They confronted Leroux in prison, where he said that he needed to perform more tests on Zoe dead or alive. The team then searched Leroux's office desk to find out what about the superhuman serum got him so worried. They found a cassette tape belonging to Rick, who said that Leroux needed to be fired. Rick then told the team that Leroux had stolen his phone and sent a message shortly before the blackout, confirming that it was he who told Ad Astra that "human enhancement was the wrong way" regarding Plan Supernova.

Meanwhile, Judge Powell confirmed Izzy Ramsey's claims of Savannah embezzling funds from her charity. Gloria and the player then discovered that Brooke Long, the victim's half-sister, was Savannah's inheritor. Afterwards, they successfully persuaded her to return the money. After all the events, the team resolved to talk to Leroux and get some concrete answers out of him, only for Cathy to report that he had been found dead in his jail cell.

Leif Ström
Add a photo to this gallery

Brooke Long
Add a photo to this gallery 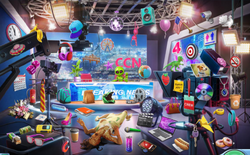 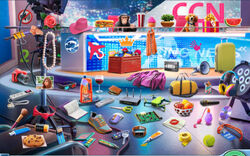 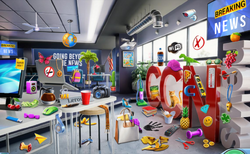 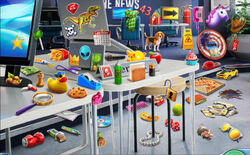 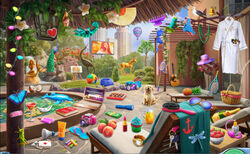 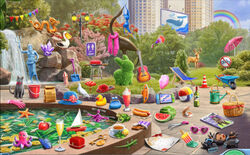 Spa Pool
Add a photo to this gallery

Retrieved from "https://criminalcasegame.fandom.com/wiki/Playing_Dead?oldid=524862"
Community content is available under CC-BY-SA unless otherwise noted.