Father Pietro Agnelli was the victim in When Shadows Fall (Case #5 of World Edition).

Pietro was a Catholic priest next-in-line to become the pope. Pietro had white hair, brown eyes, and a beard, and wore a pair of rectangular glasses. At the time of his death, he was wearing a black priest robe.

Pietro was found at the Piazza di Spagna with a Promethian symbol branded into his chest. Angela confirmed that he was killed with a branding iron, but not in the way the player and Carmen thought. Pietro's heart stopped with the shock of being branded. She managed to find traces of the killer's spit in the wound, and the spit held traces of ingredients used to make cappuccino. This meant that Pietro's killer drank cappuccino.

After examining the Piazza di Spagna again, the player and Carmen managed to find a branding iron with a Promethian symbol on it. It was filed as the murder weapon, and was sent off to Lars for analysis. He ran a DNA test on it, and found the killer did not have much eumelanin. He says it helps determine the darkness of hair, and the lack of it in the DNA sample meant the killer had white hair.

Pietro had been vocally opposed to the unification of Europe on the radio show he co-hosted with Sister Beppa. However, Pietro told Beppa he was abandoning the anti-referendum cause, upsetting her greatly. Pietro had also "reformed" Brother Klaus from his Promethian ways, but butted heads with him over their stances on priest marriage, which Pietro was not opposed to, and on the referendum. Cardinal Salieri, who wanted to be Pope, also had a rivalry with Pietro partially due to Pietro's participation in politics. Pietro also knew big secrets of two people: he knew of opera singer Fiora Tosca, falsifying her rags-to-riches backstory because he had blessed her father's car in her childhood and he knew that gondolier Alonzo Conte was former mafioso Gianni Bonfiglio, even encouraging him to turn himself in.

The killer turned out to be Brother Klaus, who was feigning his reformation.

After Klaus denied killing Agnelli, he gave in and told the team that the Promethians did not want Agnelli to become the next pope as he was against the unification of Europe. He endorsed Cardinal Salieri instead. In court, Klaus refused to admit anything about the Promethians, so Judge Adaku sentenced him to 25 years in prison for the murder of Pietro Agnelli and indirectly killing Prince Albert and Hans Vogel. 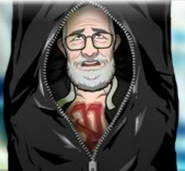 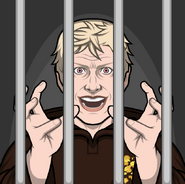 Retrieved from "https://criminalcasegame.fandom.com/wiki/Pietro_Agnelli?oldid=463858"
Community content is available under CC-BY-SA unless otherwise noted.