Phineas Fine was the killer of stage actor Jacob Dawks in To Die or Not to Die (Case #22 of Grimsborough).

Phineas is a 45-year-old stage director with brown hair and green eyes. He is usually seen wearing a moccasin high-neck turtleneck underneath a mocha brown fur jacket. It is known that Phineas wears make-up, drinks wine and uses anti-aging cream.

Phineas was interrogated after Jones and the player got his info from stage actress Sheila MacCarthy. When asked about the murder of his main star, Phineas told them not to question him for too long since he had to find a replacement for the play that was about to be shown later that night. When he was asked why he wanted to perform the play despite the fact that his main actor had been murdered, Phineas said that the performance had already been sold out before the victim's death and that he had no other choice. He did not want to refund the tickets as it would have ruined his career.

After enough investigation, Phineas was found guilty for the murder. During his arrest, Phineas told the team that Jacob was a bad actor and he was ruining Phineas' new play called Hamlet. Phineas had also tried to fire Jacob a lot of times but was unsuccessful in doing so since Dawks' position was binded in contract. He said that Jacob had a bad tone and that he used to misbehave with everyone. Phineas also said that Jacob had to be replaced, or the theater company would be bankrupt before the end of the month.

Judge Hall sentenced Phineas to 30 years in prison with no chance for parole. 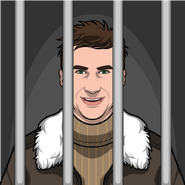 Phineas, sentenced to 30 years in jail for the murder of Jacob Dawks. 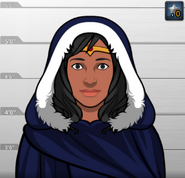 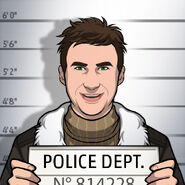 Retrieved from "https://criminalcasegame.fandom.com/wiki/Phineas_Fine?oldid=442709"
Community content is available under CC-BY-SA unless otherwise noted.