Phillip Hatchman was a suspect in the murder investigation of his wife, director Margaret Hatchman, in Deadly Legacy (Case #36 of Pacific Bay).

Phillip is a 45-year-old "stay-at-home" father with brown eyes and combed black hair. He is often seen carrying his child with him, and wears a plaid bluish-gray shirt. It is known that Phillip drinks wine, knows Latin and uses bath salts.

Phillip was brought into the investigation when Hannah found angry text messages were found on Margaret's phone. Phillip claimed that Margaret's death was ironic; Amy asked if the two were on good terms, to which Phillip replied that she was never home. Amy told Phillip she was probably just working and that directing is a very difficult job. Phillip told her again that Margaret was never home; Phillip had to quit his job to look after their child. Phillip tried to tell Margaret to spend more time with her family, but she was not listening. Phillip tearfully said that Margaret's death could have been a good thing.

After the team had finished their work, Phillip came running into the station and said he was going to give his baby up. Phillip said that once he found Margaret inside the symphony room working, he got very mad and asked for a divorce; he regretted it. When Amy questioned him further, he said that he could not feel responsible for Margaret's death. Phillip knew she was under a lot of pressure, and he wanted to help. Phillip had learned Latin to show that he cared, but when Phillip asked Margaret to come home, she went to get her nails done. Phillip got annoyed and decided to ask for the divorce, but it was not what he wanted. He decided to drown his sorrows in wine.

Once Phillip was proved innocent for murder when Tobias Frankenberger had done it himself, Phillip came into the station asking for a family portrait that Margaret always carried with her which was in the Nail Salon which Phillip refused to go to, Frank went with the player to find it. They found it torn up on the floor, to which the player fixed and returned it to Phillip. Phillip blamed Ivywood for turning Margaret into a workaholic, and rewarded the player with a costume. 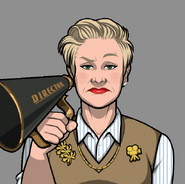 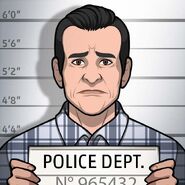 Retrieved from "https://criminalcasegame.fandom.com/wiki/Phillip_Hatchman?oldid=463158"
Community content is available under CC-BY-SA unless otherwise noted.