Dr Philip Hoover was a suspect in the murder investigations of three people before appearing as a quasi-suspect in Out of Breath (Case #51 of The Conspiracy).

Philip is the 40-year-old (now-former) head of the geology department in DreamLife's dome with messy brown hair and blue eyes. He is seen wearing a black collared shirt and a green, grey, black and white striped tie under a grey vest. He also wears a white lab coat with pockets and is seen holding a ballpoint pen.

In his first suspect appearance, it is known that Philip takes sleeping pills, is right-handed and eats sandwiches and protein bars.

In his second suspect appearance, it is discovered that he uses baking soda, drinks orange juice and reads Wondrous Worlds magazine.

In his third suspect appearance, it is revealed that he knows chemistry and reads Game of Flames.

In his quasi-suspect appearance, Philip sports an orange prison uniform with a badge on his left lapel.

Philip became a suspect after Jones and the player found a newsletter which showed him welcomed Rupert as a colleague. After deciding to investigate the murder as Mortimer Pickering's murder instead of Rupert's in order not to attract his suspicion, the team asked Philip to find what he thought about working with Rupert. Answering about this, Philip said that he had read his blogs and looked forward to meeting him. However, Philip felt like Rupert was not live up to his expectations and said that it was a rather considerable waste of time.

Philip was spoken to again after the team found an angry message, which he wrote to Rupert, on his study notes. When being asked about the message, Philip angrily told the team that Rupert was a thief, as he caught him trying to steal his access card to the meteorite lab, which only authorized personnel are allowed to go inside. Philip then said that he would have reported Rupert, but he was busy having a therapy session with Dr Catherine Kelly.

Philip was found to be innocent after the team incarcerated Dr Kelly for Rupert's murder. Later, Gloria and the team found his access card to the meteorite lab, which Rupert had stolen, inside a locked safe. However, after the team got the card to Cathy to analyze, she said that the card is used in high-security locks which asked Philip's DNA sample to open. Jones and the player then talked to Philip again to trick him into giving the team his DNA. After Philip revealed that he had eaten a sandwich and left it somewhere in Rupert's workspace, the team managed to find the sandwich and get his DNA.

Philip became a suspect again after Gloria and the player found his temporary access badge outside the meteorite lab where Barb was killed. The team then asked Philip if he had been at the crime scene. However, answering about this, Philip said that he was so stressed because of the chaos so he did not know anything. In the end of the conversation, Philip told the team that he had got nothing to say to them about the meteorite as well as the murder.

Philip was spoken to again after the team found a stress ball with the victim's face on it, which (per Amir) belonged to Philip. When being asked about the stress ball, Philip said that he was infuriated as Barb kept coming in his lab and disturbing his work, saying that she was doing her rounds. Philip then angrily said that he did not need any supervision as he was the head of the meteorite department.

Despite his infuriation with the victim, Philip was found to be innocent again as janitor Cyril Shelwater was incarcerated for Barb's murder.

Soon after the discovery of Tony Marconi's burned body, Gloria and the player found evidence which proved that Philip was the person who authorized the Protozane shipment. They then went to arrest Philip, who denied any questions about the shipment. In the end of the conversation, Philip angrily blamed the team for ruining DreamLife's plans and denied killing Tony.

After arresting Philip, Gloria and the player discovered that Tony was trying to bribe him. When being asked about this, Philip told the team that he did not want his money and then explained that Tony had tried to bribe him to let his son, Emilio Fuller, leave the dome for good. However, Philip said that Emilio denied leaving the dome when he was asked about this. In the end of the conversation, Gloria hoped that he was not Tony's killer.

Philip was then found to be innocent after the team incarcerated Emilio for Tony’s murder. However, he remained in custody for his authorization of the Protozane shipment as well as several other crimes that were caused by DreamLife.

After arresting Doris Black's killer, Gloria and the player learned that Philip was involved in the human enhancement experiments. When interrogated, Philip revealed that the experiments were designed to improve people who "deserved it". He explained that the experiments were not happening at a fast enough rate for DreamLife CEO Rozetta Pierre and hid anomalous data from her. He then blurted out that he had hidden some data in the files outside the meteorite lab, prompting the team to search for the files. 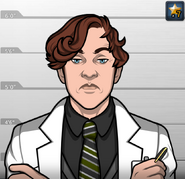 Philip, as he appeared in Things Fall Apart (Case #32 of The Conspiracy). 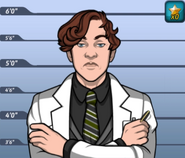 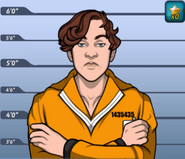 Philip, as he appeared in Out of Breath (Case #51 of The Conspiracy) and wearing the prison uniform. 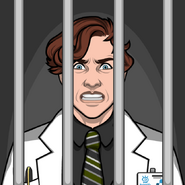 Philip, arrested for his authorization of the Protozane shipment as well as several other crimes that were caused by DreamLife. 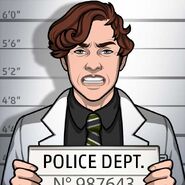 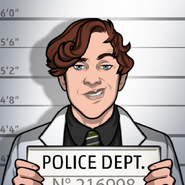 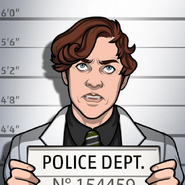 Retrieved from "https://criminalcasegame.fandom.com/wiki/Philip_Hoover?oldid=467978"
Community content is available under CC-BY-SA unless otherwise noted.