Criminal Case Wiki
Register
Don't have an account?
Sign In
Advertisement
in: Cases, Cases in City of Romance, Fantasy

In the Versailles-themed party held by the d'Anjou château, High Commissioner Delacroix took Carrie and the player to meet his old flame, château owner Marguerite d'Anjou, in her bedroom. However, the team instead found her headless body. Carrie and the player then launched their investigation while High Commissioner Delacroix took the day off, mourning for Marguerite's death.

Mid-investigation, the team headed to the kitchen after hearing chef Amandine Brioche's screams, discovering that she had discovered the victim's head in a vegetable sack there. Later, the team had to contact Chief Delacroix to take his father, the High Commissioner, back to the station when he started drunkenly singing. The team then found enough evidence to arrest the victim's son, Louis d'Anjou, for the murder.

Louis explained that given that their family was getting poorer, he had the idea to convert their residence to a bed and breakfast so they could generate income. Marguerite was against this idea, however, as she wanted to preserve the purity of their home. Not wanting to give up his luxurious lifestyle, Louis decapitated his mother with a meat cleaver and placed the head in the kitchen to frame their chef. Judge Lebrun sentenced him to life in prison.

Post-trial, Hugo and the player went back to the château and found an article reporting that Eleonora Macaron attended the dress rehearsal for the Chior fashion show. Émile then hacked into the surveillance footage of Eleonora attending the show and discovered that she was with one Charlie Jones, whom Carrie confirmed to be her brother, Cody James. The player then accompanied Carrie in telling Eleonora about Charlie's identity and asking her to arrange a meeting between them. However, she told them that she did not have his contact details and that he only accompanied her as one of her father's lackeys.

Meanwhile, Chief Delacroix and the player found a watch that the High Commissioner gave to Marguerite, giving it to him as something to remember her by. He then treated the two to a picnic in the château. After all the events, the team decided to attend the fashion show at the Grand Palais in order to find Eleonora and Cody. 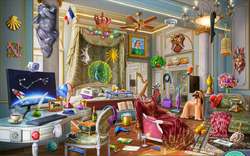 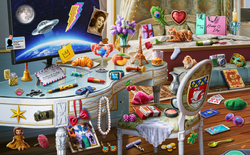 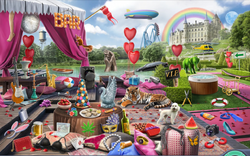 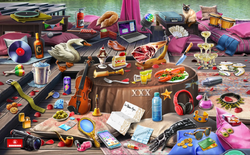 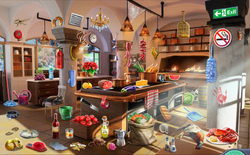 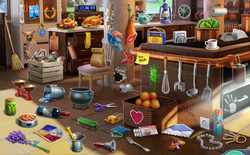