Paris is the son of Adelia Baldwin and Otis Kidd, named after the city of Paris. He is seen wrapped in a cloth and having black hair.

During the investigation into her father's and Paris' grandfather's murder, Adelia went into labor at The Concordian Pause. Maddie and the player rushed her to the hospital, where she gave birth to Paris.

After Commissioner Baldwin's murder, Adelia could not afford her house and was then evicted along with Paris and was forced to live in the homeless shelter in the Crystal Palace. Their situation greatly saddened Adelia, who believed that Paris deserved a better life.

Later, Adelia was interrogated again, and she revealed that she worked for the murdered baker, Albertina Thenard, so she can get some money for her and Paris. During the time she would work, she would leave Paris with strangers. Unfortunately, Albertina did not pay her even after a month, so all her hard work was in vain.

Adelia was then found guilty of Albertina's murder. When she admitted to it, Adelia said that Albertina had forced her to become a prostitute to the wealthy clients she delivered to so that she could rake in some extra money. She said that she tried to refuse, but Albertina threatened to take Paris if she did not comply and because of her situation, no one would believe her. To escape the horrible conditions, Adelia killed Albertina. She was then sentenced to 15 years in prison by Judge Umbright. After Adelia's arrest, the Squad took Paris into custody to protect him.

In jail, Adelia told the team that her family had disowned her after she became pregnant with Paris out of wedlock, so none of her family was willing to adopt Paris. She then said that Albertina had taken Paris' papers and locked them up so she could use Paris as leverage. The team found his papers, along with those of Albertina's child servant Colette's. Evie matched their adoption profile with that of Marla de Paradis. Evie was convinced that Marla - who had been giving to charity and helping children - would raise the both of them very well, so the team gave her the option. Marla was happy to accept and thus became Paris's adoptive mother. 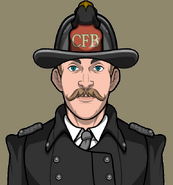 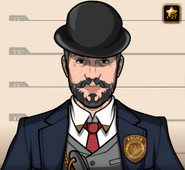 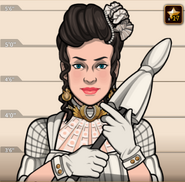 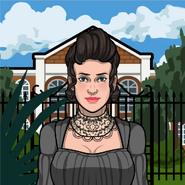 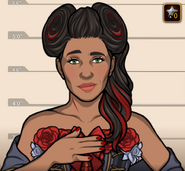 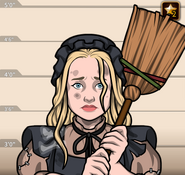 Colette, Paris' adoptive sister.
Add a photo to this gallery

Retrieved from "https://criminalcasegame.fandom.com/wiki/Paris_Baldwin?oldid=483895"
Community content is available under CC-BY-SA unless otherwise noted.