Pain in the Neck is a case featured in Criminal Case as the thirty-eighth case of The Conspiracy (Season 5) and the two-hundred sixty-ninth case overall. It takes place in the University district of Grimsborough.

Returning from his leave, Jones accompanied the player in going for a walk on campus on the university open day. They followed a scream to the university cafeteria where they found economics professor René Narcisse stabbed in the neck.

Shortly after, Cathy informed the team of the victim's Buzzer posts about his secret spot, a city view of Grimsborough. Later, Dean Donna Walker asked the team to finish the case so the university could continue the open day as scheduled. In the end, the team apprehended the victim's wife Isabella Narcisse for the murder.

Admitting to the murder, Isabella reminded the team that René wanted total control over his and her finances. She then said that René had depleted all of their savings by investing in the wrong things in the stock market. Angry over René telling her to be more understanding after she confronted him, Isabella took a nearby fork and stabbed him, puncturing him in the jugular vein and draining him of blood, but regretted her actions soon afterwards. Judge Powell sentenced her to 5 years in prison.

Post-trial, Gabriel said he was concerned for Julian Ramis after he had told the team during the investigation that he gave up in his college application after the victim told him that the university would not accept a "delinquent" like him. He then accompanied Gloria and the player to the amphitheater to find Julian's college application. There, Gabriel and the player found the application and (with Ramirez and Cathy's help) used it to get Dean Walker to admit Julian to the university the following semester.

Meanwhile, the team also found Rozetta Pierre's old desk in the amphitheater (which she had doodled the DreamLife logo on). On the desk, Gloria and the player found the words "AD ASTRA D2231" scribbled on as well. Cathy said that "Ad Astra" was a Latin phrase meaning "to the stars" often expressing ambition, but she was unsure of its connection to Rozetta. However, she was certain of D2231 being the number of philosophy professor Kevin Charles's room during Rozetta's time. The team then talked to Kevin about their findings, who nervously claimed that Ad Astra was just an "old study group" that convened in his classroom before he hurriedly left the team. After all the events, the team decided to look further into Ad Astra.

Kevin Charles
Add a photo to this gallery

Donna Walker
Add a photo to this gallery 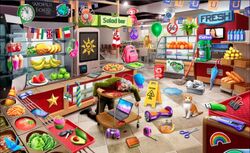 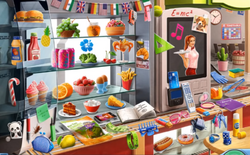 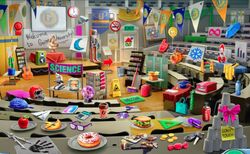 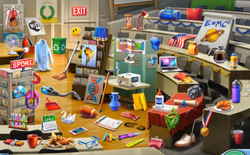 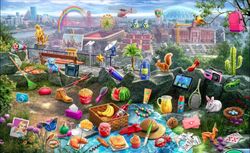 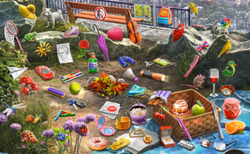 Dirt Path
Add a photo to this gallery

Start a Discussion Discussions about Pain in the Neck