Out of Breath is a case featured in Criminal Case as the fifty-first case of The Conspiracy (Season 5) and the two-hundred eighty-second case overall. It takes place in the Airport district of Grimsborough.

Jones and the player went to the dome to find out more about Plan Supernova, where they found the beaten and strangled body of dome canteen employee Doris Black at the meteorite's loading zone.

Mid-investigation, HAZMAT specialist Trishna Joshi accidentally sprayed Jones with water while cleaning some HAZMAT suits. Later, a S.A.R.A. guard arrested Amir for trying to find paperwork on Plan Supernova before the team explained that he had permission from Denise Daniels. Finally, the team arrested the victim's brother, S.A.R.A. mover Clyde Black, for the murder.

Upon admitting to the murder, Clyde said that he found out that Doris had talked the S.A.R.A. heads out of promoting him to the team that moved the meteorite. Doris tried telling her brother that she knew that the meteorite was bad news and wanted him far away from it. Convinced that it was his sister once again trying to micromanage him, Clyde lost control and got into a fight, ending with him strangling her with the belt of her own apron. Judge Powell sentenced Clyde to 15 years in prison.

Post-trial, Denise told Gloria and the player that one of the movers had found a recording device that mentioned human enhancement. The team then found the device at the meteorite loading zone. According to Cathy, the device had contained a holographic message of Rozetta Pierre demanding that Philip Hoover recover all the data on the human enhancements that had gone missing.

They then interrogated Hoover, who said that the experiments were done to "improve those who deserved it". He then admitted that he had hidden the data from Rozetta, fearing her reaction to the bad results. After telling them that he had buried some files outside the lab, the team found the buried documents, which (per Amir and Jasper Everett) proved that DreamLife was planning to use Berzelium's body process enhancement property to create a superhuman serum that could make its user survive anything and everything, even a nuclear apocalypse.

Meanwhile, Jones and the player got Ramirez some habanero peppers and then asked Rita to accompany the player in taste testing the pico de gallo that he had made for his son's birthday. After all the events and figuring that Ad Astra were planning to use the superhuman serum on themselves, the team decided to go to the psychiatric hospital to ask Zoe Kusama about the human experiments performed on her as the sole survivor of the dome trials.

Otto Kessel
Add a photo to this gallery

Rita Estevez
Add a photo to this gallery 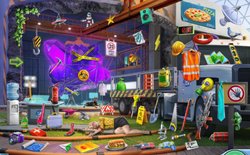 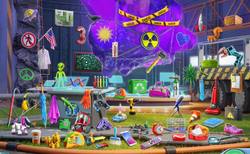 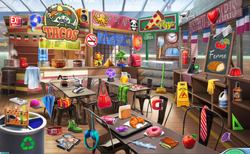 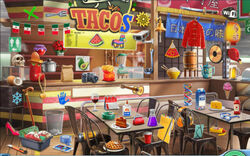 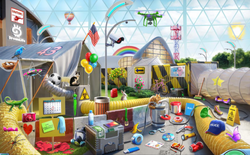 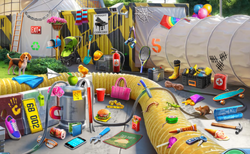 Decontamination Lab
Add a photo to this gallery

Retrieved from "https://criminalcasegame.fandom.com/wiki/Out_of_Breath?oldid=471189"
Community content is available under CC-BY-SA unless otherwise noted.