Carmen Martinez (All Chapters)
Elliot Clayton (Chapter 1)
Jack Archer (1 task in Chapter 2)
Marina Romanova (1 task in Chapter 3)
Vadim Efremov (2 tasks in Edge of Darkness 6)
Operation Spyfall is a case featured in Criminal Case as the one-hundred sixty-ninth case of the game. It is the fifty-fourth case of the game's World Edition (Season 3) and also the sixth case to take place in North America.

Elliot and the player headed to the crash site of the Bureau's satellite, BØB, only to find French spy Jean Connerie stabbed to death and Mossad agent Asal Hawaa severely injured. Elliot, Carmen, and the player then found out that the killer had taken BØB's hard drive.

During the investigation, Asal regained consciousness and told the team that she and Jean had met in the ice hotel. Later on, President James Hewett formally cut his country's ties with the Unified Nations after CIA agent Forrest Hunt was suspected. They then found out that Asal had stopped Jean from giving the Bureau crucial information. Later, Carmen and the player found enough evidence to arrest former MGB agent Anya Ivanova.

Initially pleading innocence, Anya admitted to hijacking the satellite in order to land in the wilderness and taking the hard drive, while also killing Jean and attempting to kill Asal because the two were after the drive. She claimed that she did it for SOMBRA, who appreciated her skills more than the MGB or COSMORUS ever did. Anya's despicable crimes were grounds for Judge Adaku to sentence her to life in prison.

Additionally, Carmen and the player went to the ice hotel to discover what Jean wanted to tell the Bureau, where they found proof that Jean and ex-MI6 agent George Pryce had conversed. George said that Jean swallowed something during their conversation and left in a hurry. Grace was then able to retrieve a microfilm that said "El Rey will be in Montreal" from Jean's stomach. Upon interrogation, Asal told the two not to trust their team so easily.

The Bureau then went to Montreal to find El Rey and to show Canadian Prime Minister Jason Stone the hard drive. 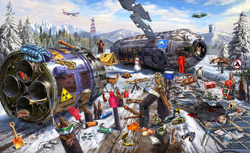 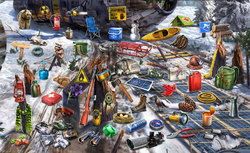 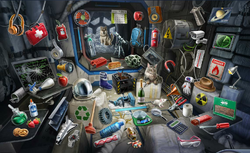 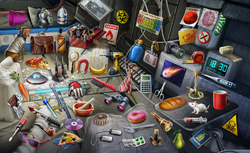 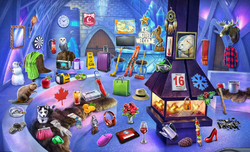 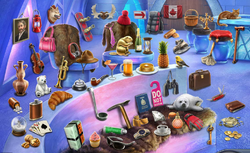