One Dead More is a case featured in Criminal Case as the fifty-seventh case of Mysteries of the Past (Season 4) and the two-hundred twenty-eighth case overall. It takes place in the Capitol Peak district of Concordia.

Upon Constable Ramirez's report of a murder on the river shore, Maddie and the player rushed there and found baker Albertina Thenard stabbed to death.

Upon admitting to the murder, Adelia said that when she delivered bread to wealthy customers for the victim, Albertina also forced her to become a prostitute for the clients by threatening to take her son Paris if she did not comply. Despite her services earning more money for Albertina, Adelia still received no pay. Desperate to escape, Adelia knocked Albertina out with a wine bottle and stabbed her with a knife multiple times. Judge Umbright unsympathetically sentenced her to 15 years in jail. Post-trial, Maddie vowed to review the sentences once they brought down Lawson's regime.

Evie then told Maddie and the player that Katherine Woolf had gone missing. She directed the team to the riverbank, where they found her coat which (per Rose) was stepped on by a member of the Justice Corps. They talked to Inspector Jaubert, who said that he had caught her distributing flyers advertising the resistance and that he was going to the homeless shelter in the Crystal Palace to catch more rebels.

The team then rushed to the shelter to warn Enzo, but they were only able to find a guillotine model which proved that the Corps were planning a mass execution. After the discovery, they found Enzo with resistance leader Giulietta Capecchi, who they proceeded to warn. After Enzo admitted to stealing the model, he and Giulietta said that the Corps were planning to hold the mass execution of Lawson's political enemies in two weeks. Furthermore, Lawson was planning to announce it at the upcoming Justice Day celebrations. Enzo and Giulietta then went into hiding.

Meanwhile, Isaac and the player helped to give Paris and Albertina's child servant Colette a home by matching their adoption profile with Marla de Paradis, getting Isaac and Marla to partially reconcile in the process. Back aboard the airship, the team vowed to save Katherine and stop the mass execution.

Adelia Baldwin
Add a photo to this gallery

Marla de Paradis
Add a photo to this gallery 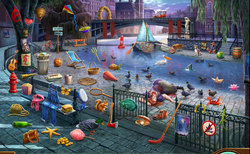 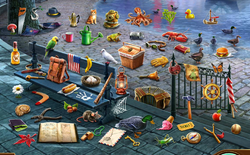 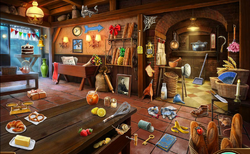 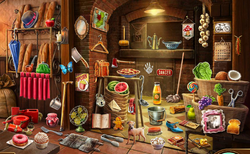 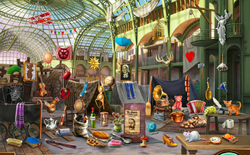 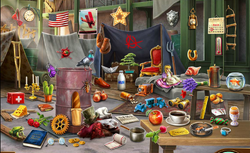 Tents
Add a photo to this gallery

Start a Discussion Discussions about One Dead More