Oliver Greene is a minor character in Criminal Case, appearing during the events of Family Blood (Case #15 of Grimsborough).

Oliver is held by Irma Fusslepot, his nanny. Oliver has light brown hair, and is seen wearing a red shirt with a teddy bear's face imprinted on the back. He is Paul and Aileen Greene's baby boy, Scott Greene's half-brother, and Alden Greene's grandson.

Oliver did not have much of a role except that he was related to the victim and suspects of the case. After arresting Scott for the murder of Aileen, Scott stated that Aileen was trash and that he did not like her because she tore up the baseball card which was given to him by his grandfather, Alden. Scott further said that she was also stealing money to give it to her ex-husband, Tom Hunt. Scott could not stand Aileen anymore, so he killed her with a baseball bat. He also claimed that he killed her to protect his family.

In the Additional Investigation of the case, Irma requested help from Jones and the player as Oliver was very sick. Irma asked the team to search Oliver's bedroom to see if he ate something that would make him sick. The team then searched the bedroom for clues, and found some unknown pellets. So they examined the pellets without hesitating and shipped it straight to Grace for analysis. After hours of careful analysis, Grace confirmed that the pellets were filled with rat poison. She told the team to warn Irma about the rat poison and also stated that Oliver must go to a doctor as soon as possible. The team then went to Irma straight away, but Irma concluded that Oliver had already calmed down and that he was fine now. 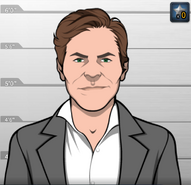 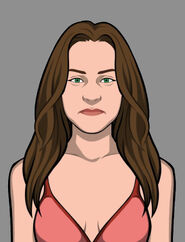 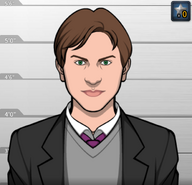 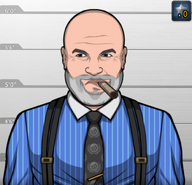 Retrieved from "https://criminalcasegame.fandom.com/wiki/Oliver_Greene?oldid=411255"
Community content is available under CC-BY-SA unless otherwise noted.