Carmen Martinez (All Chapters)
Jack Archer & Angela Douglas (Innocence Lost 4)
Oh! Crazy Kill! is a case featured in Criminal Case as the one-hundred forty-third case of the game. It is the twenty-eighth case of the game's World Edition (Season 3) and also the fourth case to take place in East Asia.

The cops were able to incriminate TV presenter Kang Dong-yun as Gwak's killer. After trying to pin the crime on K-pop idol SILVERee, Kang admitted that he stabbed the victim with an ice pick. He lost a game of hwatu with a gang that Gwak had previously exposed on air. The gang agreed that Gwak's murder would pay off the debt. Judge Adaku sentenced him to 25 years in prison.

After the trial, Jack and the player investigated a karaoke place (disguised as K-pop stars) to find a laptop with SILVERee's videos. Elliot discovered that the videos contained SOMBRA's logo and various subliminal messages. SILVERee claimed that he did not know about SOMBRA.

Meanwhile, Carmen and the player headed off to the TV set to search for Angela, who had gone there and did not come back. There, they found both her and a toy belonging to May Douglas. Angela feared that May had been kidnapped as she never visited the set. The three went to the park where they found April Douglas' bag, which contained a photo of Ronin Ozawa holding some children. Fortunately, the kids were safe in the lab.

Elliot recognized that Ronin’s photo was taken in a Tokyo arcade. Deducing Ronin was in charge of moving the orphans there, the Bureau took a flight to the Japanese capital. 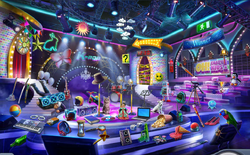 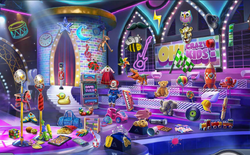 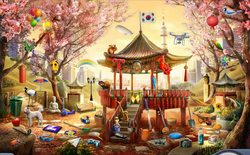 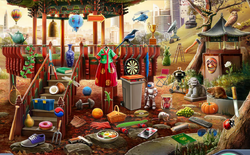 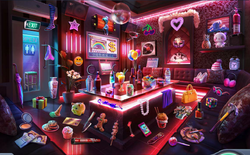 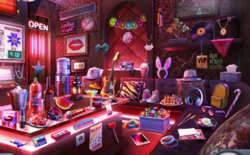