Chief Ripley assigned Carmen and the player to protect the editor-in-chief of Pretty Fair, Annette Sommeur, during the auction of an ancient cult's manuscript. They went to the Hall of Mirrors in Versailles, where they found Annette beheaded by a guillotine.

During the investigation, Ingrid informed the team that Annette was in the Louvre the previous night in an attempt to retrieve supposedly missing sections of the manuscript. Later, author Jacqueline Proust called the team to help her, which turned out to be a not-so-urgent emergency. The team then found enough evidence to arrest the supervisor of the Versailles castle, Constantin Perrier, for the murder.

Initially denying the crime, Constantin admitted that he had wanted to live like a king after being surrounded by the wealth of the Versailles for a long time, so he immediately killed Annette after being paid to do so by people who wanted to procure the manuscript. After refusing to tell who paid him and admitting he hid the manuscript after the murder, Constantin was sentenced by Judge Adaku to 25 years in prison.

After the trial, Carmen and the player talked to Constantin again, where he said he remembered hiding the manuscript in the Louvre gardens. The two found the manuscript, which they sent to Dupont, who said that it belonged to the long-finished Promethian Cult. The duo then went to Jacqueline to get her help in decrypting the modern markings on the book. Jacqueline said that the message mentioned the day of the day after the case and the country of Germany. The author then asked for a copy of the markings so she could decrypt it further.

Meanwhile, the duo investigated the Hall of Mirrors because someone was supposedly lurking in the area. After finding proof that it was photographer Grace Goude, the team interrogated her. She said that someone had paid her $100,000 to photograph them. In the boutique, the team found out it was Princess Sofia of Girona who arranged the photoshoot. Sofia said that the photoshoot would launch her career as the leader of the right-wing movement in Spain so that she could end the crisis in Europe.

Given the recent murders, the team concluded that the Promethians were still active. Since they were likely to target the Oktoberfest festivities, the Bureau headed to Bierburg to offer protection.

Constantin Perrier
Add a photo to this gallery 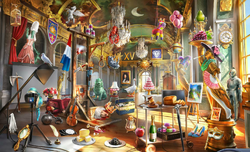 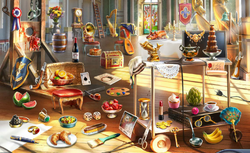 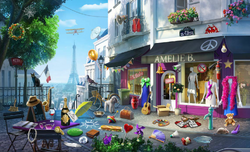 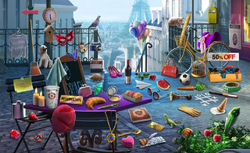 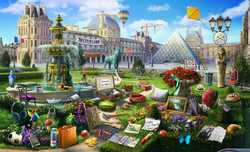 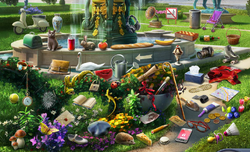 Fountain
Add a photo to this gallery

Retrieved from "https://criminalcasegame.fandom.com/wiki/Off_with_Their_Heads?oldid=544307"
Community content is available under CC-BY-SA unless otherwise noted.