Lieutenant Nora Lewis was the victim in The Root of All Evil (Case #8 of Pacific Bay).

Frank and the player found Lt. Lewis eaten alive by a huge carnivorous plant deep in the forest. They sent her body to Roxie, who deduced that she was killed by the plant's digestive acid. Roxie also reasoned that Lt. Lewis was knocked out and covered in fertilizer, meaning that the plant decided to eat her, easily doing so. As the fertilizer was custom-made, this meant the killer knew gardening.

Lt. Lewis's commanding officer, Colonel Spangler, had assigned her to Project A.U.D.R.E.Y., where she investigated old illegal experiments conducted by Pacific Pharmaceutical that involved growing plants that grew exponentially. As such, Lt. Lewis knew of Pacific Pharma head Sally Perkins. Lt. Lewis was also in contact with missing survivalist Jeremy Pratt, who had warned her not to go too deep into the forest.

The killer turned out to be former botanist Ray Westman.

Ray admitted to the crime after denying involvement. He then said that Lt. Lewis wanted to destroy Julian, his giant carnivorous plant. Ray had been working very hard to grow Julian and he could not stand when Lt. Lewis threatened to kill the plant. He then knocked her out with her gun. Fearing that Lt. Lewis would call the Army after waking up, he covered her with fertilizer and fed her to Julian. Judge Dante sentenced him to 40 years in jail. 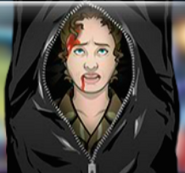 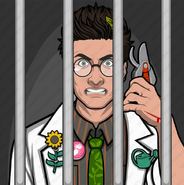 Ray Westman, Nora's killer.
Add a photo to this gallery

Retrieved from "https://criminalcasegame.fandom.com/wiki/Nora_Lewis?oldid=458450"
Community content is available under CC-BY-SA unless otherwise noted.