No Smoke Without Fire

No Smoke Without Fire is a case featured in Criminal Case, appearing as the twenty-ninth case of the game as well as the city of Grimsborough. It takes place in the Historical Center, a district based in Grimsborough.

Chief King sent the player to the Grimsborough forest, where Jones accompanied the player later, to collect the body of Connor Sullivan, Chief of the Grimsborough scouts, who was found dead, tied to a bonfire in the middle of his scouts' camp. Mid-investigation, young scout Ayden Young was seen crying about his mother's grief over the victim's death. The murder weapon was later confirmed to belong to James Savage, a hunter who lives in the forest. The Eagle Scout, Isaac Weston, also came forward, telling Jones and the player of the victim starting restricted fires, terrorizing his scouts, and stealing scout money. It was eventually revealed that Isaac himself was responsible for Connor's murder.

Isaac said that one day, Connor got drunk and lit a fire in a restricted zone of the camp, despite warnings from James. Isaac then saw the fire and just when he was putting it out with a branch, Connor came and started arguing with him. Without thinking, he hit Connor with the branch, which resulted in him getting up and grabbing Isaac's throat. To save himself, Isaac stabbed Connor with James' knife repeatedly. After all this, Isaac felt guilty and tried to revive his Scoutmaster, but to no avail. He then tied the victim to a bonfire since he did not want the young scouts to see the dead body. However, when Isaac came back after returning James' knife to his shack, so he could frame the hunter for Connor's murder, the rain had already started and the bonfire was extinguished, while the young scouts, including Ayden, were staring at Connor's body with fear in their eyes.

Isaac was sentenced to 15 years in jail with a chance for parole in 7 years.

Gertrude Piccadilly
Add a photo to this gallery 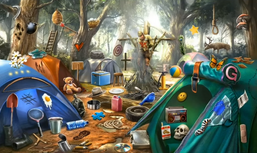 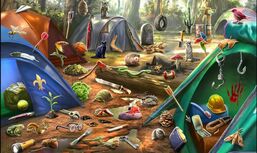 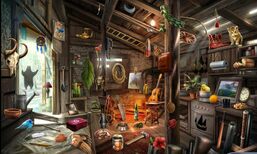 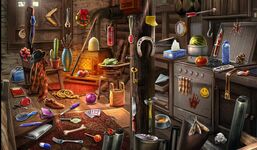 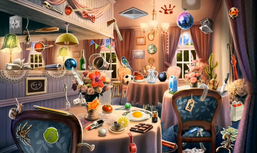 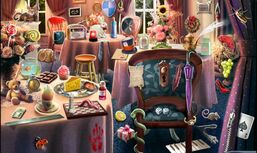 Tea Table
Add a photo to this gallery

Retrieved from "https://criminalcasegame.fandom.com/wiki/No_Smoke_Without_Fire?oldid=532720"
Community content is available under CC-BY-SA unless otherwise noted.