Amy Young (All Chapters)
Randolph (1 task in Map to the Stars 7)
No Place Like Home is a case featured in Criminal Case, appearing as the one-hundred-first case of the game. It is the forty-fifth case of Pacific Bay and the final one to take place in the Rhine Canyon district.

Chief Marquez asked Amy Young and the player to go to an abandoned fairground to meet up with Randolph. Once there, however, the player found Randolph autopsied to death, his chest cut open as if the killer wanted to dissect and/or examine Randolph for unethical reasons.

Chief Marquez had to obtain clearance for both Amy and the player so that they could investigate Area 61 for any clues the player might need to incriminate the killer, much to General Freeman's disapproval. Amy and the player eventually managed to prove Area 61's surgeon Jarvis Donne guilty of manslaughter.

In his confession, Jarvis said that he had not killed Randolph: instead, he cut open his human shell to help in his escape back to his planet. Knowing that the team would not believe the story however, Jarvis made Randolph hide. After Jarvis was sentenced by Judge Dante to 10 years in jail, he merely asked the team to help Randolph.

Hours after Jarvis's incarceration, Amy and the player returned to the abandoned fairground, only to find out that Jarvis really did just dissect his human body and Randolph was in fact, alive, albeit in alien form. As a result, they did everything to ensure that Randolph was able to return home by fixing his spaceship, providing the Krep-9 aliens with safety lights for a safe landing, and an alternate course to avoid meteor showers on the way to Krep-9. General Freeman was fined a second time for obstruction of justice as Amy made it clear that military officials are not the only ones who work for the law. With the joint efforts of the player, Amy, Haku Kamaka, and Hannah Choi, Randolph's fellow aliens were able to steer to Rhine Canyon to pick Randolph up. Chief Marquez was saddened to see Randolph return back to Krep-9 since the alien made her feel like the six-year-old girl she used to be, but was relieved to finally make amends with her past. Randolph was able to return back to Krep-9 as his real self, averting an intergalactic war between Krep-9 and Earth.

Agent Z congratulated the Pacific Bay Police Department for extracting Randolph to safety and averting an intergalactic war and outed that the agency he works for, the GIA, actually stood for the Galactic Intelligence Agency, an organization that works for peace, justice, and equality in between planets and extraterrestrial life. He requested the team (except the player, whose memories the GIA felt needed to be kept, and Frank Knight, who was absent) to look into a flash of light so that they could completely lose the memory about anything alien-related in Rhine Canyon. Agent Z told the team that Innovation Valley would be their next district to patrol. Frank showed up, thinking that everyone was pretending to forget about the aliens, which he gladly went along with. Chief Marquez made the decision of moving to Innovation Valley official.

Astrid Saucer
Add a photo to this gallery 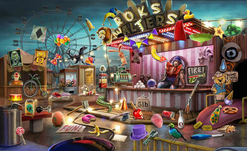 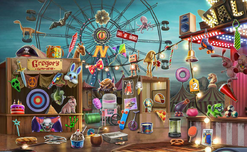 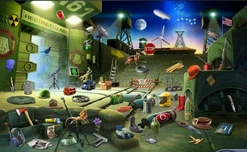 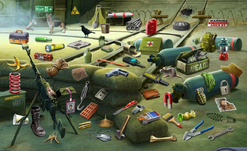 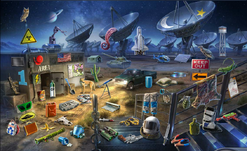 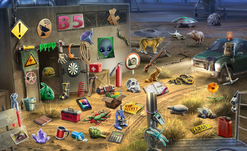 Satellite Station
Add a photo to this gallery

Map to the Stars: Part 7

Retrieved from "https://criminalcasegame.fandom.com/wiki/No_Place_Like_Home?oldid=506129"
Community content is available under CC-BY-SA unless otherwise noted.