No Honor Among Thieves is a case featured in Criminal Case, appearing as the one-hundred eleventh case of the game and the fifty-fifth case of Pacific Bay. It takes place in Paradise City, a district based in Pacific Bay.

Previously, Chief Marquez assigned the player and Frank with the task of subduing the heist crew at the Mennagio Casino's vault, while Amy guarded the city's eastern airport to stop any escape attempts. Frank and the player found that the vault was already damaged and looted. Besides, the heist leader, Louis De Rico, was found dead, holding a gas mask. He was cold to the touch.

During the investigation, Frank and the player arrested the heist crew: Jezebel Lopez, Danny Moto, Papa Quansah, and Freddy Gomez. Interrogating them along with casino owner Eugenia Hestentrope, the team found enough evidence to arrest Danny for the murder.

After denying involvement, Danny said he killed Louis because he was making empty promises and because he wanted the largest sum of money from the heist. During the heist, Louis was looking for something else besides the money so he had Papa blow up the wall. Taking advantage of Louis's distraction, Danny added chloramine gas to his gas mask to poison him. Judge Dante sentenced him to 50 years in prison for participation in a heist and for the murder of Louis De Rico.

Post-trial, Chief Marquez reassured that the rest of the money would be found and Frank left to have a date with his ex-wife. The chief and the player interrogated Jezebel in prison. She said that there may have been a sixth person who was bossing Louis around. There, they found proof that the sixth person was controlling Louis. Interrogating Papa and searching the airport, the two found an earpiece which Hannah said belonged to Louis and proved that the sixth person knew about the police's movements. The cops confirmed Jezebel's suspicions afterwards.

Meanwhile, Amy and the player interrogated Eugenia, who suspiciously insisted that she was not hiding anything. Upon searching the vault again, they found a file containing the Mennagio's inventory. Hannah revealed that there was plutonium hidden in the vault. Eugenia added that the plutonium was stolen from the vault but only after Louis's body was discovered.

Freddy Gomez
Add a photo to this gallery 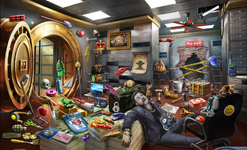 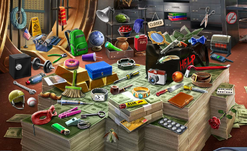 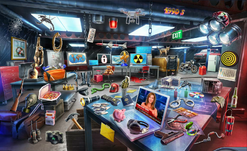 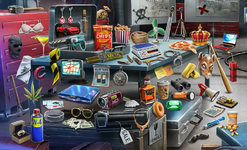 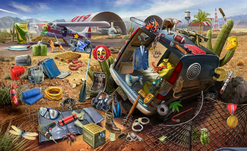 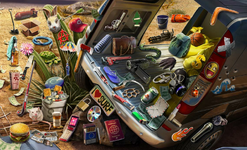 Crashed Van
Add a photo to this gallery

Retrieved from "https://criminalcasegame.fandom.com/wiki/No_Honor_Among_Thieves?oldid=499487"
Community content is available under CC-BY-SA unless otherwise noted.