Niilo was a 56-year-old Unified Nations special envoy from Finland. He had short blond hair and glasses. He donned a dress shirt with a blue and yellow striped tie, along with a sand-colored blazer over it and sand-colored pants.

Niilo was spoken to by the player and Jack regarding Mexico demanding a ban on US sanctions. He says the US has leaned towards isolating themselves from the rest of the world as of late. Since this went against the principles set by the Unified Nations, Mexico brought up the question of further sanctions with the US. This led to the USNay movement, he would have explained what but he lost the file he had on it in the storage facility. This prompted Jack and the player to search the storage facility to find that file.

After arresting Kelly Purnell's killer, Niilo came to the team requesting their help. He was glad they agreed, and said he felt he was being followed for the past few days. Though he never caught a glimpse of them until now, saying he spotted someone at the market. They agreed to help him, Jonah accompanied the player in case of any danger. They found a surveillance photo, and not only did it confirm someone was following Niilo, it was revealed the persona following him wanted him dead. He said himself that he was not sure who would go that far, but informed them he needed to continue business in Alaska for the Unified Nations. Though Jonah advised against it, Niilo said the Unified Nations would not be intimidated so easily, so Jonah said he would talk with Chief Ripley to see what could be done. Ripley decided they would accompany him to Alaska to protect him, and Jack would pose as a decoy for Niilo.

While Jack had been shot when he was disguised as him, Niilo was also found dead in a jacuzzi in the chalet he was staying in, with a bullet wound in his head. While there were no other clues in the chalet other than Niilo's body, the team found a bullet hole in the window, signifying that he was shot from far away. Grace found a sniper rifle bullet in his body, confirming that the killer had fired at him from the distance. The bullet had traces of king crab, which meant the killer ate king crab.

In the weapons factory, the team found a tablet. Per Elliot, the killer had used it to shoot Niilo with a remote sniper rifle. Later, the team found the aforementioned rifle in a Bearing Straight cargo ship, filing it as the murder weapon.

UN security officer Joel Heller tried to get full jurisdiction over Niilo's protection, even leaving Niilo alone to report the Bureau to a higher-up in the Unified Nations. Heller also said that Niilo never stuck to any security plans, making his job very stressful. Former activist Agrafena Raskolnikova became Niilo's assistant to enact change from inside the system, but quickly reverted back to non-pacifist methods after she was made to be an errand girl for Niilo and after discovering that weapons dealer (and USNay supporter) Kara Naylon was buttering him up before the inspection. Hunter Maniitok Jones threw seal blood at Niilo as protest against the Unified Nations banning seal-hunting but doing nothing to abate climate change.

The killer turned out to be Heller.

After denying involvement, Heller admitted he killed Niilo for SOMBRA. He said that the Unified Nations would blame American radicals for the murder, therefore heightening tensions between the UN and the US to a breaking point. In court, he admitted that he shot Jack in order to show to the public that Niilo had died. Judge Adaku sentenced him to life in prison without parole. 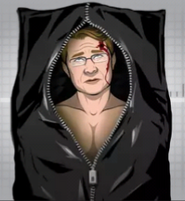 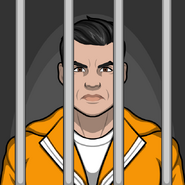 Joel Heller, Niilo's killer.
Add a photo to this gallery

Retrieved from "https://criminalcasegame.fandom.com/wiki/Niilo_Virtanen?oldid=491906"
Community content is available under CC-BY-SA unless otherwise noted.