Niagara Fallen is a case featured in Criminal Case as the twenty-second case of Supernatural Investigations (Season 7) and the three-hundred forty-fourth case overall. It takes place in the East.

Luke and the player headed to the Supernatural Ball in Niagara Falls to find more information about Rathimael's true identity and his fifth key, only to discover paranormal TrendVidder Ronnie Hawk strangled to death.

Mid-investigation, the team found out Ronnie was planning to jump off Niagara Falls as a publicity stunt, prompting them to search an abandoned cabin in the area. Later, lunatic vampire Bathsheba, who was dressed up as Gwen for the ball, started fighting with Gwen in the latter's van over her hat. They also discovered that Ronnie was in fact a dhampir (half-vampire, half-human), whose mother was vampire coven leader Roxanne Vega. The team then found enough evidence to arrest wendigo Wendall Goh for the murder.

Wendall said that Ronnie was planning to buy the abandoned cabin that he was inhabiting from the city council and move in. Despite not officially owning the cabin, Wendall saw this as Ronnie trying to steal his home and so strangled him when he refused to back down from the purchase. The team took Wendall to FBI paranormal expert Bucky Johnson for his punishment, although he said that he would outlive the punishment anyway.

After the arrest, Ronnie's body went missing and was later found by Luke and the player in his van. Eventually with occult dealer Reggie Pratt's help, they discovered that it was his mother, Roxanne, who took it and drained it of its blood because dhampir blood had powerful properties she was planning to use to strengthen her coven.

Meanwhile, Hope and the player asked Bucky if he knew anything about The Pilgrim. Bucky then directed them to his files, which the team used to discover that Rathimael was burned to death in Niagara Falls. The team then contacted Agent George Mathison for more info regarding the cold case. He then told the team that he had found an address related to The Pilgrim, "95 Tumbleweed Crescent" in Salem, Massachusetts.

After all the events, Hope discovered that the address was currently a witch museum. The team then prepared to head to Salem to find out more about Rathimael.

Wendall Goh
Add a photo to this gallery 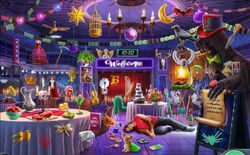 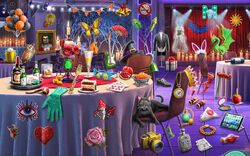 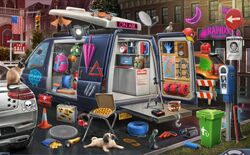 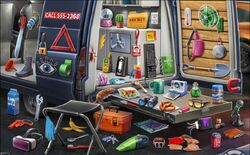 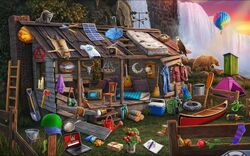 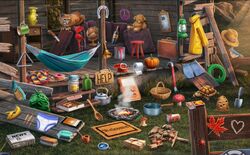 Cabin Porch
Add a photo to this gallery

Retrieved from "https://criminalcasegame.fandom.com/wiki/Niagara_Fallen?oldid=531412"
Community content is available under CC-BY-SA unless otherwise noted.