Ned Dillard was a 45-year-old mortgage broker at the time of his death, and had short gray hair and blue eyes. Before his demise, Ned sported a pair of black glasses, and donned a white shirt and black tie underneath a brown suit.

Ned's hand had been cut off by his killer only to be placed in his garden, while his body was placed naked in his bathtub where he slowly bled to death. Nathan discovered that the hand indeed matched his body, and a further inspection revealed that only a man could have cut his hand off.

Ned's body was found in a derelict house belonging to Tony Marconi, who had instructed real estate agent Dave Simmons to sell it. Dave was ultimately the one to discover the body.

Ned was known to have hired at least two employees. He had a maid, Maria Sanchez, whom he had fired two days before his murder. He also hired bodyguard Dennis Brown, who testified that Ned was a crook whose schemes left many people homeless without money, one of which was mini-market manager Joe Stern.

The killer turned out to be Dennis.

During the moment of his arrest, Dennis angrily declared that the police had nothing on him, but they proved that he tried to chop down his victim, and when it failed, Dennis attempted to burn the house down but fled when Dave Simmons arrived. Judge Hall did not need any reason as to why Dennis committed the crime because the evidence collected by the police team was enough to prove him guilty of the murder – grounds for a lifetime jail sentence for Dennis. 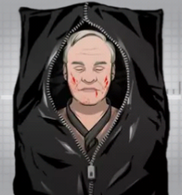 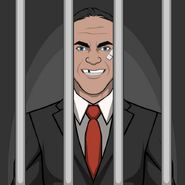 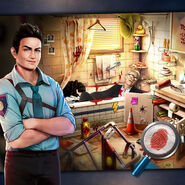 Retrieved from "https://criminalcasegame.fandom.com/wiki/Ned_Dillard?oldid=522170"
Community content is available under CC-BY-SA unless otherwise noted.