Jack Archer (All Chapters)
Marina Romanova (Crossing the Desert 1)
Murder by Proxy is a case featured in Criminal Case as the one-hundred twenty-second case of the game. It is the seventh case of the game's World Edition (Season 3) and the first to take place in the Sahara Region.

Ingrid instructed Jack and the player to go to the docks to meet with Adam Hassan, military attaché to US Ambassador Jessica Stern, to fully gain permission to investigate Chief Ripley's death. There, the team found him dead on a fishing boat, shot with the same kind of dart that had killed Ripley.

Mid-investigation, Elliot learned that Adam had been meeting with tribal leaders, some of whom had connections with rebellions. Later, Ambassador Stern tried to shut down the embassy as a show of political prowess, which would force the team to leave Morocco by the end of the day. Despite this threat, they were able to arrest foreign exchange student Christy Mathis for the murder.

She denied killing Adam at first but admitted she shot him with the same dart to mislead The Bureau into thinking whoever killed Adam killed Ripley as well. She said that Adam had gotten drunk one day, raped her, then left as if nothing happened. She then killed him to ensure it would never happen to other students. She told Judge Adaku in court that he could have gotten away with more due to his diplomatic immunity. The judge sentenced her to 10 years in prison.

Per Ingrid's advice, Jack and the player interrogated Christy in prison for details on Ripley's murderer. She explained that someone dropped the dart and the pipe in her bag unbeknownst to her in the souk. In the souk, they found a ripped package of the poisoned darts with fingerprints that—per Elliot's analysis—belonged to spice vendor Rafid Habadi. Rafid denied touching the package at first but confessed that a mysterious person named The Sword had paid him to drop a dart in Christy's bag. In fear of his and his family's life, Rafid made Jack promise to not tell anyone.

Meanwhile, Marina found out that hired gun Jonah Karam had contacted Professor Omar Bahir to introduce him to some tribal leaders. Omar pointed to the docks where the team found out that Adam was exchanging secrets for money and that Jonah took the picture for Ambassador Stern.

After Marina and Jack shared their findings with Ingrid, Marina tried interrogating Jonah once again. He finally shared that he was investigating "The Sword" and that they fled to the desert. With no other lead, the Bureau went to the desert. 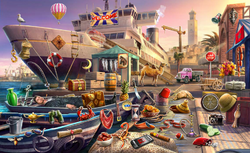 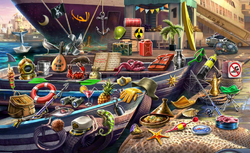 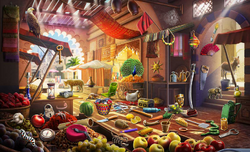 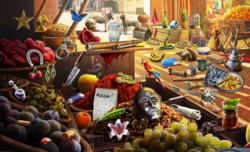 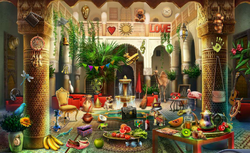 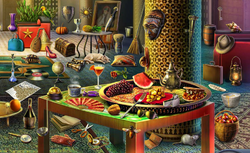