Michelle Zuria (Chapters 1‒3)
Armand Dupont (Chapter 1)
Jack Archer (Birth of Evil 2)
Murder, He Wrote is a case featured in Criminal Case as the one-hundred fifty-ninth case of the game. It is the forty-fourth case of the game's World Edition (Season 3) and also the second case to take place in South America.

The Bureau went to Argentina, chasing a lead regarding a SOMBRA expedition they had found in Antarctica. Michelle, Dupont, and the player headed to the Biblioteca Gran Adán to find old documents in their archives, only to find author Ernesto Cárpena stabbed and tortured to death.

Dupont proceeded to search for the fictional treasure the victim wrote about. He and Elliot then found out that the "treasure" (which turned out to be an old SOMBRA cache) was hidden in the Cerro de Siete Colores mountains. Later on, a drunk and depressed Lars almost slashed his throat with a knife before Jack comforted him. Despite this, Michelle and the player were able to find enough evidence to arrest librarian Lorena Pratx for the murder.

Lorena tried denying involvement, but eventually gave in and admitted to the murder. Dropping her façade as a harmless librarian, Lorena revealed that she tortured Ernesto in order to gain information on the SOMBRA document cache he had accidentally found in the mountains, before proceeding to stab him with a facón 23 times and hiding the documents. In court, Judge Adaku sentenced her to 40 years in prison for the torture and murder of Ernesto Cárpena.

Jack accompanied the player in the search for the cache post-trial. The two found Lorena's laptop and a newspaper clipping picturing Captain Alejandro Pratx. They interrogated Lorena in jail, where she said that the Antarctic explorers had dispersed after the Argentine government stopped their expeditions. The two searched the library again afterwards, where they found Lorena's birth certificate. According to Dupont, Lorena was born in Luzaguay, where Alejandro had chosen to emigrate.

Meanwhile, Elliot's analysis of her laptop revealed that a weather reporter had sent coded instructions to Lorena to burn the cache. Upon interrogation, Ignacio Muñoz directed the team to the mountains, where they found a single intact message in the ashes, mentioning a certain "El Rey". Michelle said that "El Rey" was the supreme leader of all of SOMBRA and said that many agents believed that he was merely a myth.

Later, Elliot revealed that the weather video came from Luzaguay, confirming SOMBRA activity in the country. The team headed off to Luzaguay to continue their search. 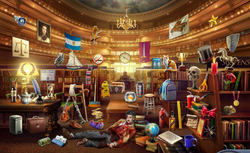 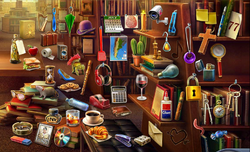 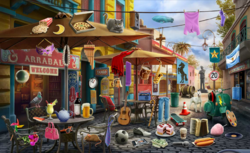 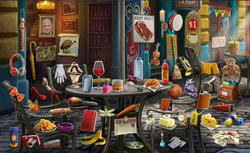 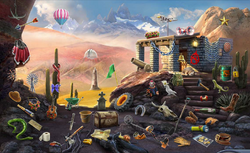 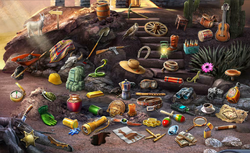