Suspecting that the Promethians would go to Greece, Chief Ripley told Jack and the player to investigate the cult in the country. They soon found Finance Minister Demetrios Metaxas dead on top of a pillar in the Acropolis.

Mid-investigation, Jack and the player were told to go to Santorini to ensure Archibald Gilchrist's safety. Later, an anonymous caller told the Bureau that they had planted a bomb in Santorini to "free Greece." Later, they found enough evidence to arrest financial advisor Nikolaos Costas for the murder.

After denying involvement, Nikolaos admitted that he held Demetrios responsible for Greece's financial chaos and so he stabbed the finance minister with a dagger. Judge Adaku sentenced Nikolaos to 30 years in prison for the murder.

Post-trial, Jack and the player found fake euros in Santorini. Upon confrontation, Archibald stated that he was the one who printed them in order to "prank" Metaxas. He then claimed the money was stolen before he could give them. Later, the team found the euros, as well as a "YES" hat with saliva from Penelope the Rebel. She said that she stole the euros in order to redistribute it, but a monk told her that he wanted it to bribe people into voting "YES" in the referendum for European unification before promptly disappearing. The team determined the monk to be Brother Klaus.

Meanwhile, Dupont and the player found an antique map with marks on European cities where the Promethians got a person to commit murder. Per Elliot, the map had Jacqueline Proust's fingerprints. She said that she was investigating the cult for her novel and that they would next strike in Rome.

After all the events, the Bureau ventured off to Italy to take care of the Promethians and to attend to the sickly pope.

Jacqueline Proust
Add a photo to this gallery

Elliot Clayton
Add a photo to this gallery 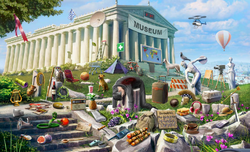 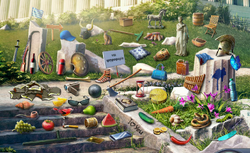 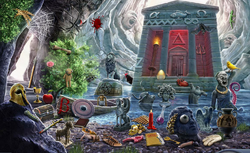 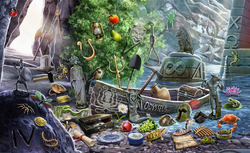 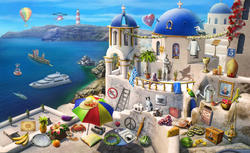 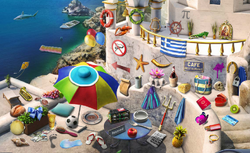 Santorini Terrace
Add a photo to this gallery

Retrieved from "https://criminalcasegame.fandom.com/wiki/Murder%27s_Cheap?oldid=501404"
Community content is available under CC-BY-SA unless otherwise noted.