David Jones (All Chapters)
Gloria Hayes & Martine Meunier (Demons Among Us 1)
Muddying the Waters is a case featured in Criminal Case as the twenty-fifth case of The Conspiracy (Season 5) and the two-hundred fifty-sixth case overall. It is the first one to take place in the Maple Heights district of Grimsborough.

After arriving in Maple Heights, Chief Parker said that the Mayor had assigned them there to protect the residents from dangerous aquatic creatures appearing in the district's flood waters brought about by the earthquake. Jones and the player then went to Lola Vallez's mansion garden upon receiving her report of a body there, and then collected the body of photographer Jordan Coprolite.

Mid-investigation, Cathy deduced that Jordan was killed on the West Bridge. Later, Jones accidentally fell into the floodwaters after standing on an unstable plank. The team then found enough evidence to arrest restaurant chef Anuj Ghosh for the murder.

Upon admitting to the murder, Anuj explained that he had caught Jordan putting laxatives into his tikka masala. Angry at Jordan for sabotaging his business, Anuj chased him out with a baseball bat. Upon arriving on the broken bridge, he swung his bat at his abdomen, dealing a fatal blow. Not meaning to kill Jordan, Anuj then tied him to a stone and threw him into the flood, hoping the waters would wash away his sins. Judge Powell sentenced Anuj to 8 years in prison.

Post-trial, Lola informed Gloria and the player of the presence of the dangerous fish in her garden. After having a trap set up, Gloria, Martine, and the player went to the garden to retrieve a specimen. Per Martine, the fish would only bite if provoked and that they were an ancient species native to Xerda that had gotten into Maple Heights after Xerda resurfaced. Martine and the player then talked to Ray Parker regarding the discovery, who said that the Xerdans had called the fish "Demon Fish" and that they were very afraid of it.

Meanwhile, Jones and the player talked to Louis Leroux regarding the satellite crash. He said that when he saw a light streaking across the sky, he rushed to its landing site to film it, but he could not see the satellite as scientists and DreamLife authorities were already closing the area off. He then directed the team to the West Bridge for audio recordings of some interviews from that night. The team found a casette tape, which (per Jasper Everett) proved that the object under the dome was not a satellite.

They then talked to Grayson Rosewater, who said that he had hidden proof regarding DreamLife's activities near the bridge in exchange for better prison conditions. The team then went to the bridge and found a pile of blueprints, which (per Jasper) proved that DreamLife was hiding a meteorite in order to have exclusive access to it.

After reconvening, the team resolved to continue the investigation into DreamLife in secret and to learn more about the resurfacing Xerdan fish.

Nathaniel Earl
Add a photo to this gallery

Grayson Rosewater
Add a photo to this gallery 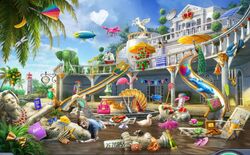 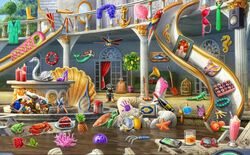 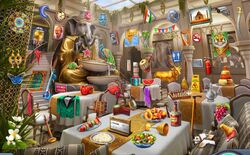 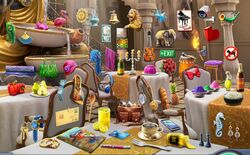 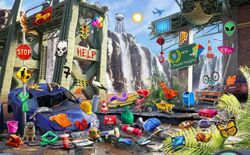 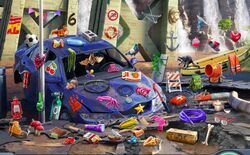 Crashed Car
Add a photo to this gallery

Retrieved from "https://criminalcasegame.fandom.com/wiki/Muddying_the_Waters?oldid=481011"
Community content is available under CC-BY-SA unless otherwise noted.